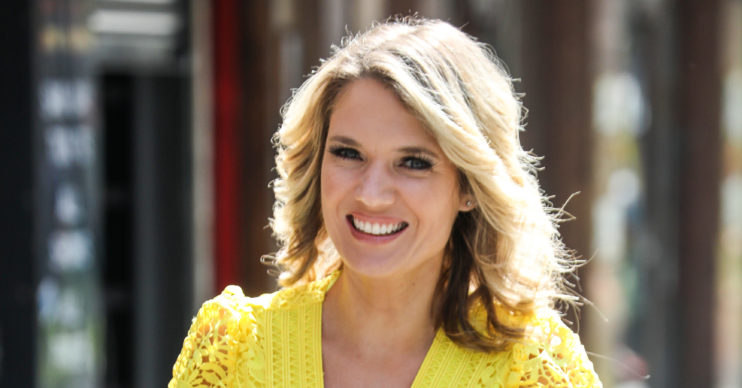 Charlotte Hawkins reveals her marriage ‘has strengthened’ during lockdown

Charlotte's been having a 'lovely' time

Charlotte Hawkins says her marriage has ‘strengthened’ during lockdown.

The Good Morning Britain presenter has opened up about her 12-year marriage and says their time together has been ‘lovely’.

What did Charlotte Hawkins say?

In an interview with OK! magazine, mum-of-one Charlotte, 45, says that her marriage to Mark Herbert has gone from strength to strength during the lockdown.

This is in stark contrast to many of her celeb contemporaries, who have split up due to the strains of spending extra time with each other.

Read more: OPINION: Why have so many celebrity relationships fallen apart during lockdown?

“It’s strengthened our marriage even further. It’s brought us closer together. We’ve had a lovely time as a family.”

Mark also revealed that they would usually be rushing around in the week, while only weekends were for friends and family.

However, Charlotte opened up about her struggles during lockdown.

“I’ve missed giving my colleagues a hug and a kiss,” she said, “and I’ve found it hard to not even be able to be close to people.”

What other celebs have split up?

The likes of Samantha Womack, Jennifer Metcalfe, Alfie Boe and Katherine Kelly have all split from their partners during lockdown.

Samantha, 47, who played Ronnie Mitchell in EastEnders, confirmed she has split from her husband, Mark.

“Our family home is big enough and we’re co-existing happily,” she told OK!.

“There’s no rush to change things. But now feels like the right time to be honest and admit we’re no longer together.”

A spokesperson told The Sun: “They see it as a positive move for both of them and the separation is completely amicable.

What has Charlotte Hawkins been up to this summer?

Despite lockdown, Charlotte has had a busy summer presenting GMB while Piers Morgan and Susanna Reid have been away.

But the presenter has revealed that she has encountered a number of fashion disasters.

In one episode she wore a pair of mismatched shoes.

And then in another she avoided disaster when a zip got stuck on her dress.

“Without a stylist on hand we literally can’t even dress ourselves,” she chuckled.