At the start of the show, Piers, 53, was telling his co-stars about how his parents have been looking after his sister's "menagerie of animals", including budgerigars, while she's on holiday.

The presenter said he had forgotten just how "annoying" budgerigars are because they "yap". 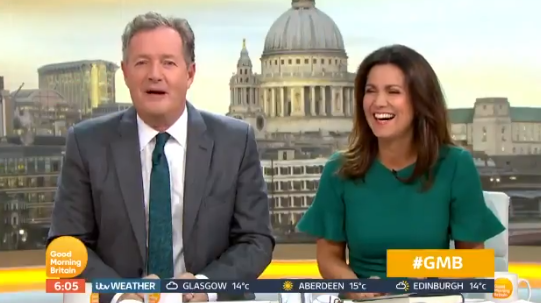 Piers explained: "I was at my parents' the other day and they were looking after my sister's menagerie of animals while they were on holiday, including budgerigars.

"I had forgotten just how annoying budgerigars are. Oh god the yapping that goes on. The dogs were bad enough."

Charlotte then jokes: "Welcome to our world!" as she and the rest of the presenters started laughing.

Piers replied: "Oh, it's one of those is it? I've been watching you recently Hawkins. You're building a whole cottage industry out of abusing me."

I had forgotten just how annoying budgerigars are.

The pair often wind each other up during the show and Charlotte recently spoke about a moment she "lost it" with Piers.

Earlier this year, Charlotte was left frustrated during an episode of the show after Piers' cup of tea got in the way of her shot.

While trying to present her news bulletin, Piers decided to pick up his mug and take a sip of his cuppa while in frame.

Last month, Charlotte opened up about the incident during an interview with Woman & Home magazine. 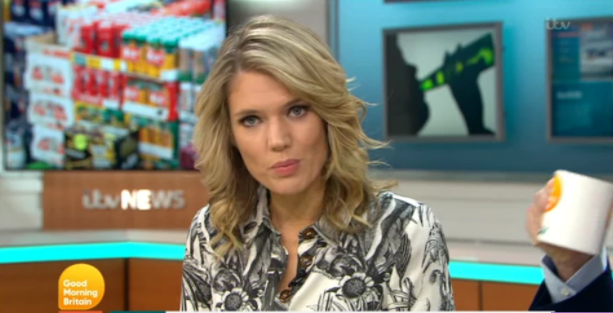 Charlotte said she "lost it" with Piers after he interrupted her news bulletin (Credit: ITV)

Speaking about Piers' antics on the show, she said: "Just recently he was having a cup of tea and he kept putting it in front of my shot and blocking me out.

"It was driving me nuts, and it was driving the director nuts who told Piers to stop doing it. Then he did it one more time and I lost it. He’s like a child."

But it seems Piers will be able to continue winding up his co-hosts for another year as he recently revealed he's signed a contract to stay on the show until the end of 2019.

Piers told The Sun this week: "I’ve just signed an extension to my deal that takes me through to the end of 2019, people don’t know that. 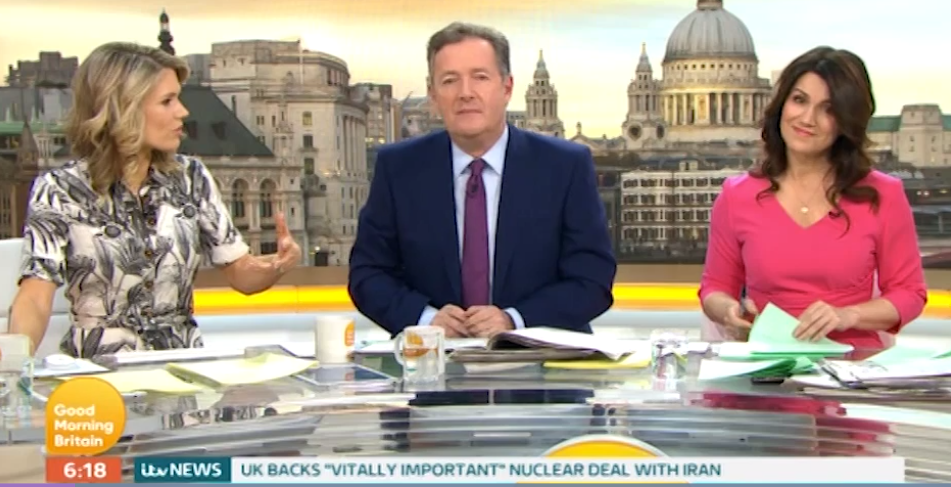 "It’s an extension to an extension. I did two extensions in the space of four months. So I must be doing something right at the moment. But that can soon change."

He also gave a warning to his BBC rivals over viewing figures, adding: "I won’t rest until I’ve beaten them."

Are you happy that Piers will be on GMB for another year? Leave us a comment on our Facebook page @EntertainmentDailyFix and let us know what you think!