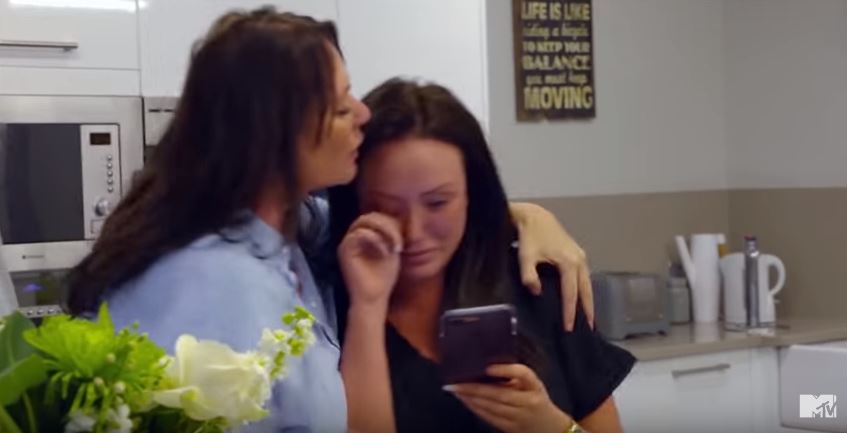 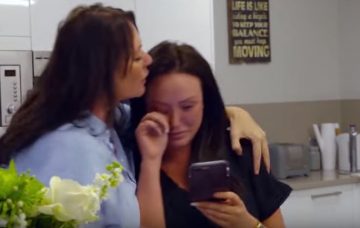 It was a tough time

They endured a tumultuous relationship spanning five years while starring on hit MTV show Geordie Shore,together, and Charlotte Crosby and Gary Beadle didn’t split for the final time until 2016, as a tragedy drove them even further apart.

Charlotte sadly suffered an ectopic pregnancy in 2016, while Gary, unaware of the situation, was off filming for Ex On The Beach.

But their relationship has hit the headlines once again, after viewers saw Charlotte, 27, break down in tears on MTV’s The Charlotte Show, after hearing the news that Gary, 30, had welcomed a baby boy with his girlfriend Emma McVey.

On the first day of filming, Charlotte was seen sitting in her kitchen as her friend approached her and told her: “Gary’s had the baby.”

Read more: Steve Backshall confirms he and wife Helen have lost one of their unborn twins

As Charlotte read Gary’s Instagram post, sharing his and Emma’s happy news, she broke down, telling her friends: “I’m a little bit upset about this.”

Now, Charlotte has opened up about the true reason behind her tears, explaining how the moment was ‘our first day journey of our new lives’.

She told an Australian radio station: “I went through an ectopic pregnancy with him and it just brought back memories of all of those awful feelings that I had and experienced around that time.

“I suppose it’s never nice seeing an ex-boyfriend who you have had such history with moving on to that big stage in their life. It’s never nice.”

Summing it up, Charlotte added: “So it was just a big mixture of things really.”

Surprised by the shock timing of the news (Charlotte had just started filming for her new show), she said: “I thought it was quite good because we were both on our first day’s journey of our new lives.

“He’d just had a baby and I was doing my new show, so it was perfect time.”

Earlier this year, it was Charlotte who found herself in hot water with Gary, after claiming she spoke to him and girlfriend Emma ‘all the time’.

Charlotte, it seems, has now backtracked on her comment, telling hosts Kyle and Jackie O: “No, we don’t speak.”

The reality TV star also went on to share details of her new love life, revealing how a scene of her snogging an old flame in Australia, while in the early stages of dating Josh Ritchie, was ‘too wild’ to make the final edit.

But Charlotte says she wishes you she could keep her cards closer to her chest when embarking on a new romance, reflecting on how she always ends up heartbroken.

She moaned, “You know what I’m like. I’m with them. Then I fall in love and I get hurt. Sometimes I wish I was a bit more of a player.”

Do you think Gary should have told Charlotte his baby news first? Leave a comment on our Facebook page @EntertainmentDailyFix and let us know what you think!