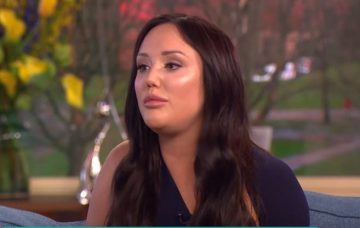 Charlotte Crosby has revealed fears she is heading for a breakdown as she struggles with the relentless pressures of reality TV.

The 28-year-old admitted to The Sun she is addicted to fame – and worries the stress of her career and drive to constantly outdo herself could be damaging.

Explaining that the cameras for her MTV series, The Charlotte Show, are rolling for her every waking moment, the 2013 Celebrity Big Brother winner believes she will need to pump the brakes on her career to ensure her mental health does not plunge.

But Charlotte is also concerned she has an appetite for celebrity notoriety that can’t be satisfied, no matter the cost to her wellbeing.

Saying she has no private life away from the cameras, Charlotte told the newspaper she fights a “mental battle” and often wonders why she gets so upset by her overwhelming media career.

She said: “I need to slow it down soon or else I am going to have a mental breakdown. But with me, I can’t slow it down.

Charlotte continued: “I am always looking for something bigger to do. I am sending myself into an early grave.”

What a weekend 💕 Ritchie’s & Crosbys collide 💕

The Sunderland-born personality’s turbulent love life has also come in for close scrutiny from her legions of fans ever since she first came to the attention of TV viewers in 2011.

But despite the ups and downs of her romances with Geordie Shore castmate Gaz Beadle, Ex On The Beach’s Stephen Bear and current beau Josh Ritchie of Love Island playing out across telly screens, newspapers and social media, Charlotte seems reluctant to slow up and settle down on the relationship front either.

Charlotte suffered the heartbreak of an ectopic pregnancy in 2016 and around the same time said she hoped to have children within the next few years.

She told Reveal Magazine: “I would love to have a family one day.

“I’d like to start trying got a baby before I’m 30. I feel like I’ve grown up a lot over the past year. I’m moving into my own house and thinking about more serious things.”

Now, despite claiming 24-year-old Josh is ready to have a family, she says she isn’t ready to become a mum before she achieves “so much more”.

But having already banked millions from telly appearances and her own bestselling clothes and make-up lines, exercise DVDs and books, hopefully those professional achievements won’t come at the cost of her personal happiness and health.