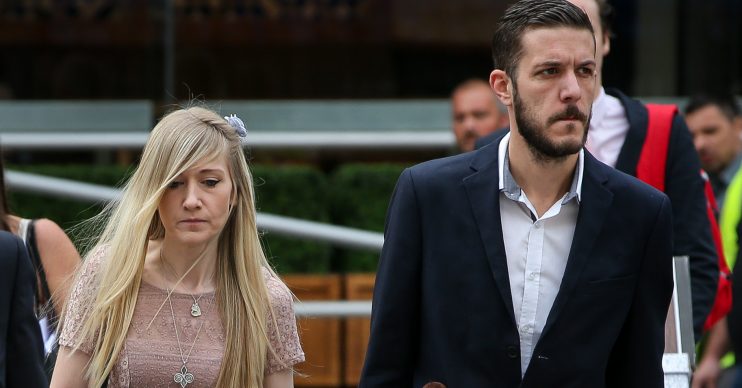 The couple are expecting their second child

Charlie Gard’s parents have revealed that they are expecting a child, three years after they lost their 11-month-old son to a rare genetic illness.

Connie Yates, 34, and Chris Gard, 35, are expecting their second child in August and Connie spoke to the Daily Mail about crying “tears of joy”.

She told the paper: “When we lost Charlie we wept with sadness. Now we’re crying with joy.”

Charlie suffered from mitochondrial DNA depletion syndrome and gained international headlines when they fought with NHS doctors in attempt to fly him out of the country to receive additional medical treatment.

Losing their battle in court, they lost their son in July 2017.

Connie, now 17 weeks pregnant, has undergone tests that have shown she is due to have a healthy child, and who does not have the hereditary genetic illness.

“We always think about Charlie and we hope that he’s happy with us having another baby.

She emphasised that the news was indeed bittersweet: “We always think about Charlie and we hope that he’s happy with us having another baby, but we’ll never forget him and love him just as much – always have and always will.”

Treated at Great Ormond Street Children’s Hospital, he was placed on life support and doctors believed nothing more could be done for him.

But Connie and Chris believed pioneering treatment available abroad could help save Charlie, and a legal battle gained international attention during the summer of 2017 as the case appeared in High Court, Appeal Court, Supreme Court and European Court of Human Rights.

The Pope even offered to fly Charlie out to Italy for medical treatment and President Donald Trump also offered to provide healthcare in America for the tot.

By the time they had lost their legal attempts, Charlie’s health had deteriorated to the extent that he was placed in a hospice and later taken off life support.

The Mail’s report added that they visit Charlie’s grave, a ten-minute walk from their home, almost every day.

Since their tragic loss, they have set up the Charlie Gard Foundation, which aims to help other families in similar situations.

It is part funded by the £1.3 million pledged to them by members of the public during Charlie’s health battle.