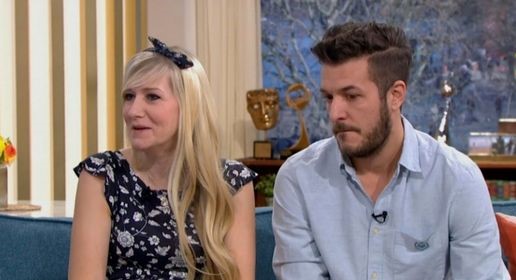 Charlie Gard’s parents Connie Yates and Chris Gard have revealed they were subjected to horrific trolling after their little boy’s death in 2017.

He revealed: “We’ve had some awful stuff, ten minutes after Charlie dies someone text her and called him worm food.”

Chris went on to say they had received even more vile messages but the words used were too explicit to be talked about on daytime TV.

Charlie was born with a rare genetic disorder called mitochondrial DNA depletion syndrome, which affects tissue in the muscle, liver, or both the muscle and brain, respectively.

Chris and Connie launched a legal battle against NHS doctors to have Charlie moved from Great Ormond Street Hospital in London to the US for treatment, which received worldwide attention.

We’ve had some awful stuff, ten minutes after Charlie dies someone text her and called him worm food.

The Pope even offered to fly Charlie out to Italy for medical treatment and President Donald Trump also offered to provide healthcare in America for the tot.

Sadly, the devastated parents lost the case and Charlie was taken off life support on July 28, 2017, aged just 11 months.

Chris, 35, and Connie, 34, were on This Morning to share the happy news they are expecting another baby in August.

DNA tests have revealed that this time their baby is healthy and Connie, who is 17 weeks pregnant, told the Daily Mail how the news made her “cry with happiness”.

Connie added that the news was bittersweet, saying: “We always think about Charlie and we hope that he’s happy with us having another baby, but we’ll never forget him and love him just as much – always have and always will.”

The couple visit Charlie’s grave, a ten-minute walk away from where they live in south west London, every day and it was there that Connie decided to tell Chris that she was expecting.

She revealed she had been planning on waiting but decided to take her positive pregnancy test with her at the last minute.

Chris added: “After everything we’ve been through, I’m just looking forward to the simple things people take for granted – birthdays and taking our child to their first day at school. We just hope we can give this baby the best life possible.”

The couple don’t know if they are having a boy or a girl, but as long as their baby is healthy that’s all they can wish for.