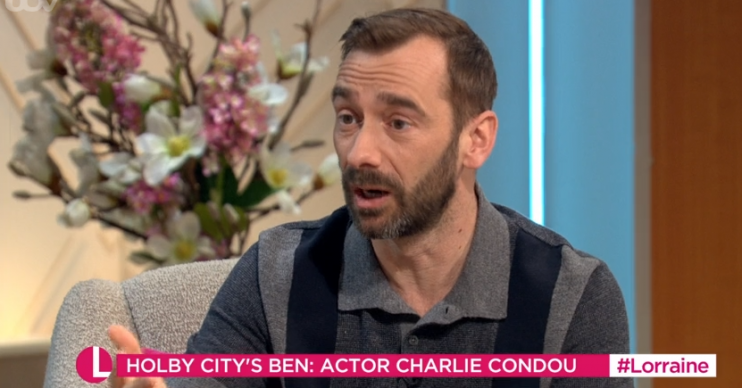 Charlie Condou is in talks about a potential Holby City return.

The former Coronation Street star is currently on screen in the medical drama as Ben Sherwood and while it was always known that he was only in the show for a “short stint”, he has dropped a hint that he could be back soon.

He said: “It was just a stint, a little stint. I’ve had conversations with them.

“You know what it’s like in a show like that, the door was very much left open. You never know.

Charlie admitted he “hasn’t got a clue what [he] is talking about” when he is reeling off medical jargon in Holby, but is helped out by the show’s medical advisors.

“But I’ve got into the habit of being able to do it quite quickly.

“But the medical jargon, there’s so much of it. I haven’t got a clue what I’m talking about.

“Luckily, they’ve got really good medical advisors on set who are there.

“When you’re there and you’re working through a scene and you’re saying, ‘What does this mean? What is it? What’s the operation?’

Read More: Flesh and Blood: Who is the victim and who is the villain?

“They tell you everything.”

The 47-year-old star loved his time on Corrie as Marcus Dent, but admitted it was “really difficult” logistically filming in Manchester, because his family are based down south.

Speaking on Lorraine, he added: “It works perfectly. I loved my time at Coronation Street, it was fantastic.

“I loved the job and the people, but being in Manchester was really difficult.

“My family are based down here, my kids are down here, and I just wasn’t getting to see them. So that’s why I left.

“Holby is perfect. I can drop the kids off at school and be at the studio in 15 minutes.

“It suits me down to the ground.”

Charlie previously admitted he would not be in Holby City for the long-term.

Speaking in December, he explained: “It’s just a stint. I am only there for a brief period. I am not sure what will happen long-term or if they’ve got plans to bring me back at some point.”

Would you like to see Charlie come back to Holby City after his stint is done?