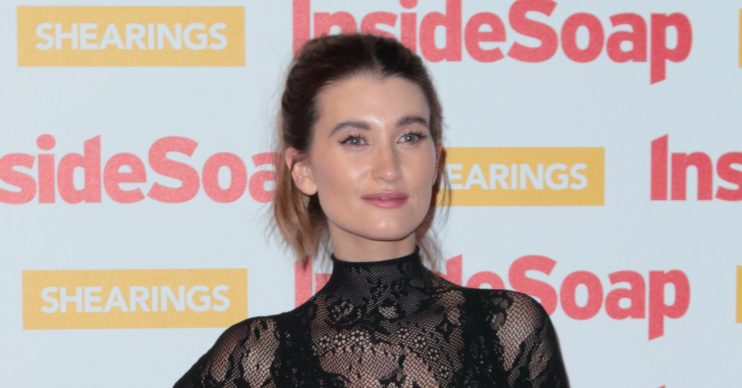 The two actresses have been spending a lot of time together

Charley Webb has hit the town once again with her Emmerdale co-star, Emma Atkins.

The two actresses went out together on New Year’s Eve, and they’ve shown once again that they’re great mates by posing together during another social.

Charley gave birth to a little boy back in July – her third with Emmerdale co-star Matthew Wolfenden.

And her followers couldn’t believe how good she looked in the selfie.

The snap, which was uploaded to Charley’s Instagram feed, was captioned “Bae @missemmaatkins.”

How are you this slim after babies? U both look amazing xx.

Fans of the actress loved the photo, and were soon complimenting both Charley and Emma on how good they look.

One follower gushed: “How are you this slim after babies? You both look amazing.”

Another wrote: “How on earth do you keep that skinny @miss_charleywebb. Please share your secrets.”

And a third added: “You both look like you’re having a wonderful day – looking and feeling good.”

Charley’s fans may think she looks the bee’s knees, but she doesn’t seem so convinced.

Earlier this week, she revealed on Instagram that she had returned to the gym, writing: “Determined to get fit again.”

But she hinted that she had pushed herself a little too hard, admitting: “I should have tried something easier.”

The actress, who tied the knot with Matthew in February 2018, added: “Also, the spin class might have been a bit too optimistic.

“It was way too hard. Think I should have started with something a bit easier for my first time back. I took it at my own pace but I genuinely nearly cried.”