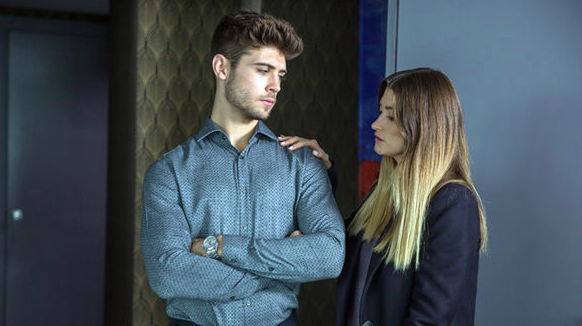 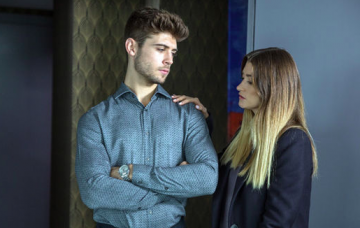 She says she couldn't believe it when she found out what was going to happen!

We knew there was more to Emmerdale’s Debbie Dingle and Tom Waterhouse story than just the golf course development (apart from all the hot sex, of course).

And now Charley Webb, who plays Debbie, has revealed there’s another massive twist to come – and the good news is, it’s happening in this evening’s episodes, so we don’t have long to wait!

“I couldn’t believe it when they told me what’s going to happen,” Charley said on today’s Loose Women. “There’s an even bigger twist to come tonight.”

“This is actually bigger than Debbie, now. He’s trying to destroy the Dingles.”

When romantic Andrea McLean asked if the twist could be that Tom really loves Debbie, Charley admitted that was a possibility.

“I think he has fallen in love with her,” she said. But she added: “There are other things involved.”

From the moment Tom arrived in Debbie’s life, viewers have been trying to work out what he was up to – he seemed way too good to be true, flashing his cash and buying her expensive presents.

When it was revealed he was behind the golf course development that could see the Dingles’ farm destroyed, viewers weren’t convinced that was the full story – and now it seems they were right.

But what’s he really up to?

Tonight’s episode sees Tom try to convince Debbie that he can solve the problem of the access road without demolishing the Dingles’ cottage.

But can she trust him? It seems not, as there is another huge twist on the way in tonight’s double episode.

And viewers are wondering if the twist is to do with the Whites’ departure. Could Tom be linked with Home Farm in some way? After all, Laurence said he’d found a buyer – has Mr Waterhouse bought Home Farm?

Some people are even speculating that Tom’s really a member of the iconic Emmerdale Tate family. Possibly even Charity’s former stepson, Joseph. Could this be true?

And more importantly, is there any future for Tom and Debbie after all the lies and scheming?

“I don’t think she’ll ever forgive him,” she said.