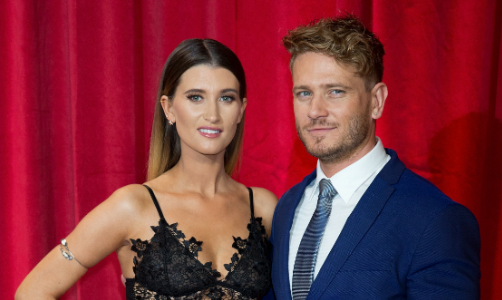 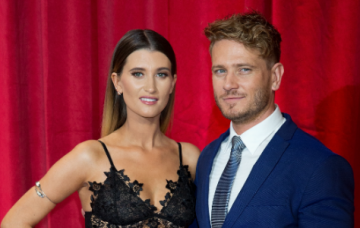 Emmerdale’s Charley Webb and Matthew Wolfenden have got married!

It was all a big secret

OK! magazine revealed the couple, who has two sons together, shocked their friends and family when they invited them to Charley’s 30th birthday party.

Little did party goers realise the bash was actually the couple’s WEDDING.

The couple met on the set of Emmerdale back in 2007 and have seven-year-old Buster and two-year-old Bowie between them.

The wedding was a huge surprise for friends and family of the soap stars who have been engaged for nine years.

According to OK! online, despite the day being kept a total secret, they still managed to have the ceremony at Ripley Castle in Harrogate, a Grade 1 listed house.

They only invited 100 people to the ceremony, including Charley’s brother, former Hollyoaks star Jamie Lomas who walked Charley down the aisle, and fellow cast members including Lucy Pargeter (Chas Dingle) who was Charley’s bridesmaid.

That’s quite some secret to keep!

Charley, who plays Debbie Dingle in the ITV soap, said the best part of the day was seeing everyone’s faces when they announced what they were doing.

She said: “That moment when we announced what we were doing and seeing everybody’s reaction is the best moment of my life.”

The couple went against tradition in many ways on their big day, opting not to have a sit down meal, the traditional Wedding Breakfast.

According to OK! there were also very few speeches and the ceremony included a ‘sand blending’ ritual.

The couple spoke about their plans to marry last year when they revealed they would try for a third baby before they started planning their wedding.

Matthew told OK! in an interview shortly after the birth of Bowie: “We’ll try for another baby before we plan our wedding.

“We definitely want to get married, but another little one will be first.”

Looks like they just couldn’t resist making the commitment to each other after all.

Would YOU get married in secret? Leave us a comment on our Facebook page @EntertainmentDailyFix and let us know what you think!