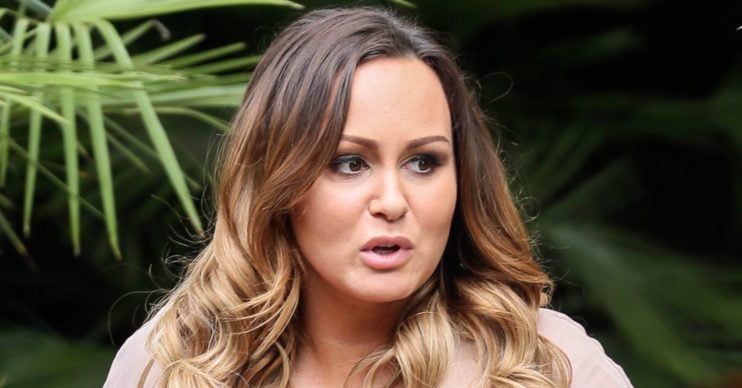 Chanelle Hayes has opened up on her dramatic weight loss after shedding seven stone due to a secret gastric sleeve operation.

The former Big Brother star, 33, admitted she “ballooned” to 17st 4lbs after becoming “addicted” to food.

However, the mum-of-two has since dropped to a size 10 in clothes following her latest op and calorie cutting.

Chanelle Hayes weight loss: How did the BB star slim down?

Not only has the weight loss affected Chanelle’s appearance, it’s also boosted her confidence.

After creeping to a size 18, the star explained she was too embarrassed to leave her home.

Furthermore, she turned to food to help deal with “stress”.

Chanelle added the only thing that gave her comfort was eating, however the guilt of food left her with anxiety.

As a result, she decided to have surgery last year following multiple health problems, including high blood pressure.

Speaking to The Sun, Chanelle said: “I was absolutely massive. I didn’t want to look in the mirrors in my own house. I would just walk straight past them, it was awful. But I couldn’t physically stop putting the food in my mouth and eating the food.”

“Before I would be able to eat at least six times more than now. But because my stomach is full, I don’t feel like I’m missing out on anything.”

Now, Chanelle, who is working as a student nurse, is feeling better than ever after slimming down to 10st.

Meanwhile, the reality star has always been open about her weight struggles.

She previously underwent a hair transplant after years of yo-yo dieting left her balding.

Chanelle explained on Loose Women: “My doctor told me I’d done lasting damage and there’s nothing I can do to change that.

“My hair is so thin and horrendous from the lack of nutrients, I’ve got like five real hairs left.

“My nails are in a bad way too – I have to have false ones on because they’re too weak and flaky.”

Furthermore, Chanelle was forced to hit back at trolls who claimed she looked pregnant over Christmas.

The star took to Instagram to silence the haters, saying: “Had a lovely Christmas today with family. The boys were very lucky and happy we could spend it as a family all together. Still absolutely stuffed.

“As I type this I am unwrapping a Ferrero Rocher (Just to confirm – absolutely NOT PREGNANT!!!). Just had a comment saying I look pregnant but it’s just all the Xmas food and a lack of core muscles.”