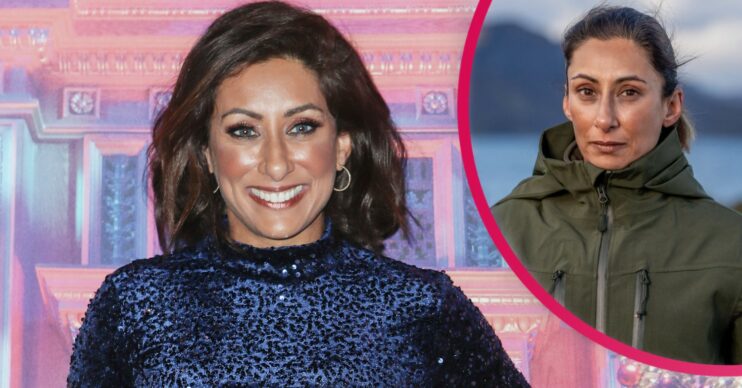 She doesn't mince her words

Celebrity SAS star Saira Khan has opened up about her reasons for quitting Loose Women as she claims she wanted to “cut out the s***” from her life.

The popular TV host says she made the choice to walk out on her role on the hit ITV show after being on Celebrity SAS: Who Dares Wins.

Saira, 51, will be seen competing on the physical endurance challenge programme tonight and has admitted it changed her life.

Five years into her role on Loose Women, Saira returned from the SAS base camp and handed in her resignation.

Since leaving the show she has repeatedly slammed the “toxic” role.

Saira also says she is “absolutely not” friends with her former co-stars, who she claims she simply “tolerated”.

She made the confession ahead of the Celebrity SAS: Who Dares Wins launch tonight.

“It changes your life. You realise you’ve got to cut through the s**t and start living. When you’re stripped of everything as a naked woman all you have to depend upon is yourself.

“That’s very telling, very strong and most people will never experience that.”

Saira continued: “I didn’t want to go back to the same s**t, getting the same results, so I changed my life. I’m actually very happy about it.”

However it wasn’t all positivity for Saira, who is now locked in a legal battle with Celebrity SAS bosses after suffering injuries.

She explained: “Unfortunately legally I can’t go into much detail about it because it’s still ongoing. I was left with life-long scars, physical ones.

“That’s very hard to cope with. I am a very fit individual and to go onto a show and then have experienced what I did, I was in real shock.

“The show was great in supporting, but it’s gone beyond that. It’s gone onto something a bit bigger than that.”