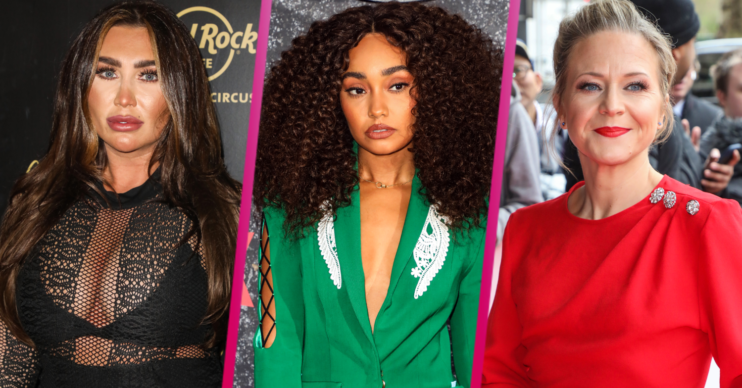 So 2021 has already given us quite a few celebrity babies. Stars such as Kimberley Walsh, Helen Flanagan, Ellie Goulding, Meghan Markle, Amber Heard and Kirsten Dunst have already welcomed new arrivals this year, with more set to follow.

With many celebs announcing their pregnancies at the beginning of 2021, it can only mean we’re edging ever closer to their due date, with many stars looking at a summer birth.

Here are a list of the celebrities we’re expecting to announce the birth of their beautiful babies over the next few months.

Celebrity babies due this summer

Former TOWIE star Lauren Goodger announced she was pregnant with her first child in January 2021 after a whirlwind romance with partner Charles Drury.

According to Instagram, 34-year-old Lauren is set to have her baby girl this July and the couple have been posting lots of pregnancy shots in the run up to the birth.

She’s previously revealed that she’s hoping for a home birth when baby comes.

“I’m low risk, so they are kind of edging me to a home birth, and I don’t like the thought of going to hospital,” she said on the Hot Mess Mums Club podcast.

“At home you can have a birthing pool, have candles on, music, be relaxed through it and I think the more relaxed I am the more chance I will have an easy birth.”

The 29-year-old is having her first child with her fiancé, footballer Andre Gray. The couple announced their engagement in May 2020, after several years of being together.

Writing on Instagram, Leigh-Anne has spoken out about finding her pregnancy difficult.

“Time to give my body some credit. This is the hardest thing I have EVER done, I have struggled these past few weeks.

“Swollen hands and feet, bruised ribs and then chuck in a whole heap of hormones to the mix but then I think about what’s actually going on inside this belly and I’m mind blown, creating life.

“I am so proud of how far I’ve come and so grateful for this blessing.”

The couple have kept their due date a secret, but as Leigh-Anne seemed to be a few months pregnant when she shared the news, it’s likely that they could be expecting their new arrival this summer.

The couple announced the pregnancy in May, just a few days after her bandmate Leigh-Anne Pinnock. They’ve decided to keep their exact due date a secret.

However, the mum-to-be had a baby shower for her new arrival in mid June, meaning the couple’s baby can’t be too far away.

EastEnders star Kellie Bright announced in May that she was pregnant with her third child.

The actress, who plays Linda Carter on the show, underwent IVF from a frozen embryo to conceive the child with her husband Paul Stoker.

Kellie conceived Gene via IVF. She’s been very open about the process in hope of supporting others.

The couple conceived Freddie naturally when Kellie was 34 years old. Kellie and Paul struggled to get pregnant again afterwards and eventually opted for IVF.

“I was 39 by this point and we went for it. It was successful. We managed to get four good, strong embryos. One became Gene, the other three went into the freezer.”

“So this baby inside me now was the last one we had – the last chance of a pregnancy, because at 44 we were not going through IVF again,” she said. “I believe it was meant to be.”

Eamonn Holmes surprised This Morning viewers back in April after announcing his son Declan and wife Jenny were expecting their first child.

The couple married in 2018 at a ceremony at the Castle Leslie Estate in Ireland and live in Belfast.

Declan’s recent Instagram post reveals that his wife is about 37 weeks pregnant. Obviously, this means their baby could be due very soon!