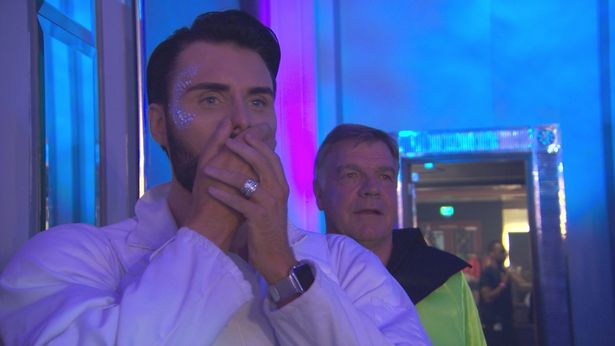 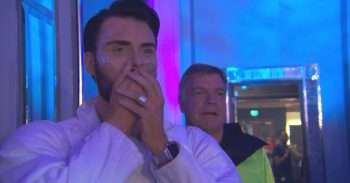 Celebrity Apprentice was always going to be good. After all, it pits famous celebrities against each other to find the most ruthless…

And it’s for Comic Relief – what’s not to like?

But viewers were delivered what could be “the TV moment of the year” last night, when a task went hilariously wrong for team captain Rylan Clark-Neal.

On Thursday (7 March), in the first of a two-parter, Lord Alan Sugar challenged the two teams of famous faces to organise and host a themed cabaret night – with less than 48 hours to secure the acts and celebrity guests.

Of course, Ayda Williams had a certain husband she could call on to headline for the girls team – which included Kelly Hoppen, Tameka Empson, Rachel Johnson and Amanda Holden.

But the boys were, quite frankly, a shambles.

Headed by Rylan, the male team – Sam Allardyce, Russell Kane, Omid Djalili and Richard Arnold – were left floundering for acts at the last minute after failing to secure a big name. Nearly Cher, but not quite.

Comedian Omid insisted that he knew the perfect act to complement their sci-fi themed event at the Bloomsbury Ballrooms – a balloon stripper act.

And, how can we put this? It was more a case of naked willies, than red noses!

With one missing member (no pun intended), Omid stepped up to complete the trio in what must be THE most awkward cabaret act EVER.

As the opening act, no one was drunk enough to see three middle-aged men, naked apart from their socks, holding balloons strategically over their private parts.

Alan’s right-hand-lady Karren Brady looked mortified, as did the audience, as the act failed to impress.

And, when one of the men lost a balloon, those watching – including viewers at home – saw more than they were bargaining for!

But it was Rylan’s abject horror at what was unfolding that really made the scene so glorious!

But viewers were in in bits, with one declaring it the “TV moment of the year”.

He said: “Big Sam stood in a doorway with a glass of prosecco whilst watching Omid Djalili striptease is the best television moment of 2019 so far #CelebrityApprentice.”

Another agreed, writing: “Greatest moment on TV. Ever.”

A third wrote: “Celebrity Apprentice was the best car crash TV in a good while. Crying with laughter at the balloons.”

#CelebrityApprentice was the best car crash tv in a good while. Crying with laughter at the balloons 😂

That balloon dance 😂😂 I had stiches from laughing so hard. @omid9 what a legend 👌 #CelebrityApprentice

#CelebrityApprentice I think "@Rylan Balloon Dancer Horror" deserves to be commissioned for the National Gallery. pic.twitter.com/TFr6YjIFDj

The Mona Lisa is pretty good but it's no Sam Allardyce and Rylan watching Omid Djalli dance naked #CelebrityApprentice pic.twitter.com/R26X3WrIjc

In a tease for the episode, Karren had told the Radio Times: “I think the standout moment of the programme is Omid’s contribution to the cabaret.

“I won’t say more than that, but it is truly gob-smacking and it’s the kind of thing you really won’t know what it is you’ve just seen.”

Viewers can see the second part tonight on BBC1 at 9pm.

Did you watch Celebrity Apprentice? What did you think? Leave us a comment on our Facebook page @EntertainmentDailyFix and let us know what you think!