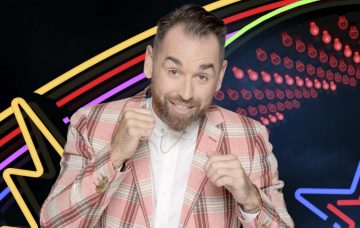 The reality television star has shared the first snap of his little girl to his 62,000 Instagram followers in a heartwarming post.

“Thrilled to announce the arrival of little Siena Grace,” he wrote, sharing a touching photo of his newborn resting on his chest with one tiny hand wrapped around his little finger.

Ben added: “Mother and daughter both doing well, Dad is head over heels.”

The birth was confirmed last week by Ben’s friend Lizzie Cundy during her show on FUBAR Radio, but the identity of the child’s mother remains unclear.

Ben, a property owner best known for appearing on Channel 4’s Married At First Sight, was a contestant on the 22nd and final series of Celebrity Big Brother, which aired earlier this year.

Earlier this month, Lizzie revealed Ben messaged her to tell her his ex-girlfriend had given birth to his daughter.

“Breaking News. Congratulations Ben Jardine,” she said during her radio show. “He is a father. Had a little baby girl.

“I don’t know if he wants me to announce it but I just have. Just sent me a WhatsApp message.”

Her co-host, Stephen Leng, teased her about the announcement, saying “With who?”.

Ben appeared on Married At First Sight in February of this year, where he was matched with police officer, Stephanie.

The pair married on the show, but it did not last, with Ben going on to cheat on his new wife.

Lizzie responded to Stephen’s question, but did not name the mother of the child directly.

“That… is a good question,” she said. “Not the one he married in the show, not the one he went out with after, it’s the other one.”

The pregnancy was announced just before the contestants entered the Big Brother house, with an official statement that protected the privacy of the woman in question.

“Ben is delighted to confirm he is to be a dad at the end of this year and is excited about this special new chapter in his life,” the statement read.

“The mother of the baby is not in the public eye and wishes to remain unnamed.”

Leave us a comment on our Facebook page @EntertainmentDailyFix and let us know what you think about this story!