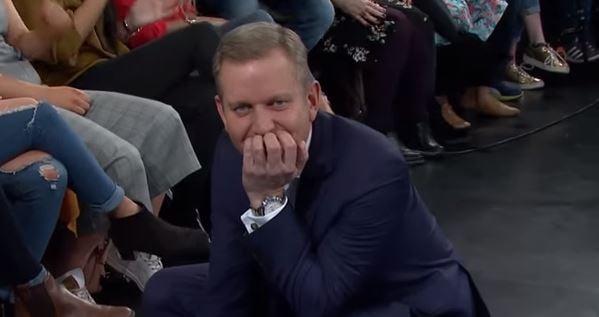 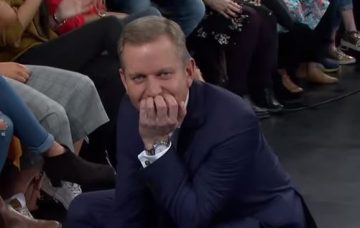 The former footballer refused to take a lie detector test...

Jermaine Pennant came under fire during his recent stint in the Celebrity Big Brother house for his ‘womanising’ ways.

Labelled a love rat by viewers, the former England footballer was seen flirting with fellow contestant Chloe Ayling, despite having wife Alice Goodwin waiting for him in – and, even worse, watching from! – their shared home.

Jermaine, 35, came out to boos, from viewers who believed he’d behaved dishonourably.

And now his disgruntled wife Alice has appeared on Jeremy Kyle with him in a bid to get to the bottom of his flirty ways.

Under the tagline ‘the truth about my marriage to love rat Jermaine Pennant’, Alice explained that she was upset with her husband’s behaviour while he was a contestant on the Channel 5 show.

She told host Jeremy that she was “upset” with his “childish” antics and flirtatious relationship with Chloe – which involved him hiding his wedding ring and not admitting he was married.

However Jermaine classed it as “banter”.

Things turned tense when Jeremy suggested Jermaine took a lie detector test to prove he had never been unfaithful, which caused the ex-Arsenal player to storm off.

Despite the lack of trust, the pair revealed they renewed their wedding vows in Dubai earlier this year.

They also told the audience they are trying for a baby.

Jermaine was the fourth housemate to be kicked off this year’s Celebrity Big Brother series, following a surprise eviction which saw him go head-to-head with Hardeep Singh Kohli.

It was a series drenched in controversy as Roxanne Pallett accused Ryan Thomas of “repeatedly punching” her.

Ryan went on to win the show after getting to the final three with Kirsty Alley and Dan Osborne.

C5 have since revealed they have axed the show.

Do you think Jermaine has something to hide? Leave us a comment on our Facebook page @EntertainmentDailyFix and let us know what you think!