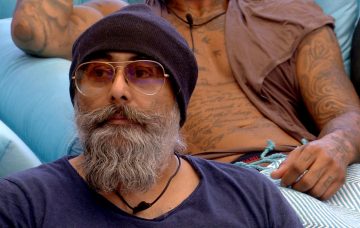 They won't agree on this one

The housemates are told there will be a meal with “delicacies” such as old eggs, tripe, and rancid milk on offer.

Broadcaster Singh Kohli – a keen cook – is unimpressed, and makes his feelings known to his fellow housemates.

A clip shared ahead of the latest episode of the Channel 5 programme shows him asking: “Do you think viewers are entertained by watching people trying not to throw up?”

He might be a comedian, but Hardeep doesn’t see the funny side of the Disgusting Dinner Party task. 🍲🤢 #CBB pic.twitter.com/UXBwVN2Lq6

Read more: Dan Osborne put on the spot about his marriage

Ryan tells him he can’t take things too seriously but Hardeep insists: “I can take it exactly however I want to take it.”

The debate rumbles on, with the presenter saying the fact he was not getting it might be his “failing”.

“It’s not about having a nice dinner, it’s about a task that’s hard work that everyone’s supposed to you know… suffer,” explains Ryan.

“But Hardeep, Hardeep, you’ll sit in a room with 13 people and fart. Is that not the same thing but in a different way?” the former Corrie star asked.

Leaving the room, the broadcaster told him: “In your world, if that’s the same thing Ryan…” and gave him a thumbs up.

Which housemates are you enjoying most?