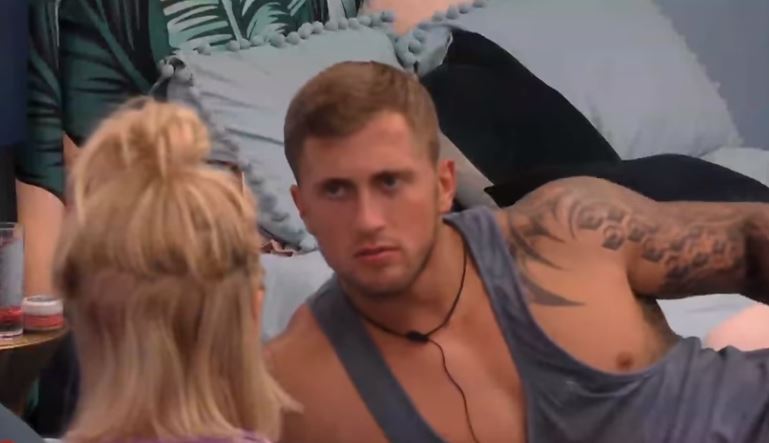 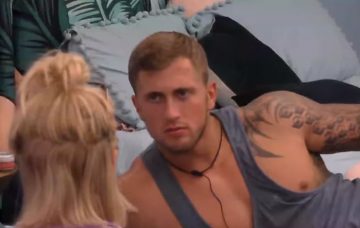 The pair have previously denied allegations they slept together

Celebrity Big Brother’s Gabby Allen has turned down Dan Osborne’s offer of a massage to help her shoulder injury.

Love Island’s Gabby was explaining to Dan and Ben Jardine how she hurt herself after tumbling down the stairs before entering the CBB house.

She explained: “I popped my shoulder out a few weeks ago. I literally fell down some stairs and popped it out and then put it back in.”

“It was alright but the next morning I woke up and couldn’t move my arm,” she added.

A stunned Dan asked: “You didn’t go to hospital or nothing to get it checked?”

Dan told her: “[Bleeping] hell. You alright though, yeah? If you need a proper massage, these hands are magic.”

But Gabby shot him down, saying: “Somehow, I don’t think so.”

The pair faced tabloid allegations earlier in the year they’d slept together, after Gabby’s ex, Marcel Somerville, accused her of cheating on him with Dan.

Both Gabby and Dan vehemently denied the allegation.

The accusation came about before Dan’s estranged wife, Jacqueline Jossa, was due to give birth to their second child, Mia, who arrived in June.

Just yesterday, Gabby was quizzed by housemates Natalie Nunn and Rodrigo Alves on the allegation.

Natalie bluntly asked Gabby: “Why did someone tell me that you and Dan [bleeped]?”

Gabby replied: “Because that was in the press. Because my ex-boyfriend said we did.”

Gabby went on to reiterate nothing had happened between her Dan, pointing out: “Dan is married and he’s been married ever since I’ve known him and they were still together when I met him.”

“He just had a baby literally seven weeks ago,” she added.

“I spoke to his wife and everything. I said to her, ‘I just want to let you know nothing happened’.”

Dan then entered the room as the chat was winding down and asked Gabby: “The conversation has ended, yeah? Still going?”

She assured him the chat was over, to which Dan replied: “Has it been clarified that nothing happened?”

Have you been watching CBB? What do you think of the housemates? Leave us a comment on our Facebook page @EntertainmentDailyFix and let us know what you think!