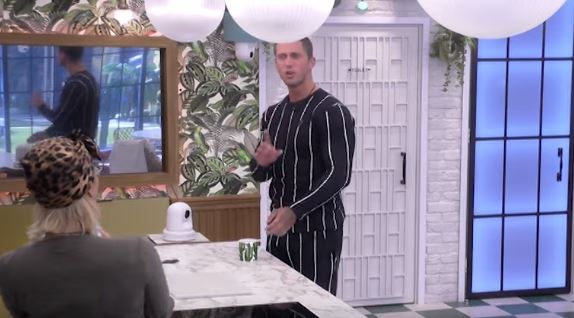 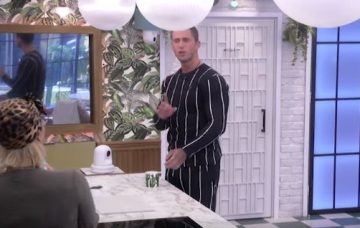 Tension in the air just one day before the finale

Tensions are running high between Dan Osborne and Gabby Allen with just one day to go before the Celebrity Big Brother final.

The two housemates have a falling out on Sunday night’s episode when Dan accuses Gabby of being miserable and she takes exception.

It happens after Gabby playfully throws a cloth at Dan and he tells her not to.

A fed up Dan tells Gabby: “Don’t have the hump, Gab. I’m only joking with you. Cheer up. Two days left.”

Gabby replies, “Will you stop saying that?” and storms off, leaving Dan to explain to the other housemates Gabby’s “got the hump” because he told her to be happy.

He then suggests: “She obviously must have something inside where she wants to have a go at someone and I’m the only person in this house now she would have a go at.”

Later on, Gabby asks each of the housemates – except Dan – if they think she is miserable and they all say no.

So she turns to Dan and questions: “Dan, why do you always tell me to cheer up? You try and mug me off and say I’m not happy.”

Dan says: “Having a laugh with you is completely different so stop moaning and snapping at me because you know you can.”

Gabby insists she’s not moaning or snapping but Dan says she is and he’s just bantering with her and having a laugh.

He adds: “I’m just having a bit of banter. Sorry you moaned at it and took it so hard. I do think you have a great personality until you’re like this. But before this you were brilliant. I thought we were mates like that and that’s what we do.

“When I’m with my mates, they don’t have the hump with me. They give it back and we have a laugh.”

Gabby, however, isn’t in the mood and accuses Dan of being a “smart-[bleep]” before storming off again.

The pair knew each other before entering Celebrity Big Brother.

They were forced to deny rumours back in May that they had slept together, after Gabby’s ex, Marcel Somerville, accused them of a fling.

Both Dan and Gabby vehemently denied that.

The accusation came about before Dan’s wife, Jacqueline Jossa, was due to give birth to their second child, Mia, who arrived in June.

In a previous conversation on CBB, Gabby had told the housemates: “Dan is married and he’s been married ever since I’ve known him and they were still together when I met him.”

Who do you want to win Celebrity Big Brother? Leave us a comment on our Facebook page @EntertainmentDailyFix and let us know what you think!