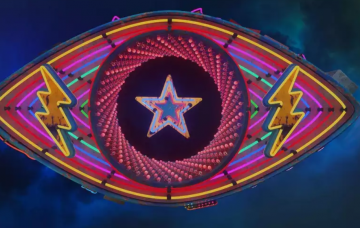 They admitted it wasn't going to work

The former soccer star and the model tied the knot in 2014, but the pair have mutually and amicably agreed to go their separate ways.

Alice has admitted that “ultimately” they tried everything to make it work, but they accepted that it was “just not meant to be”.

In a statement posted on her Instagram Stories, the 34-year-old beauty announced: “Hey guys, before any speculation starts, I’d like to let people know that Jermaine and I are no longer in a relationship.

“We have spent nine years together with ups and downs but ultimately we couldn’t make it work.

We have spent nine years together with ups and downs but ultimately we couldn’t make it work.

“I will always care for Jermaine and wish him the best but at this point all avenues have been explored to make the marriage work and sometimes things just aren’t meant to be.

“There is no drama, scandal animosity or bitterness just two people who’s journey has come to an end together.

“We have made this decision mutually and we are both looking forward to what the next chapter has in store.”

The pair had been through many ups and downs, and back in July, they said that Channel 4 dating show Celebs Go Dating saved their marriage.

They had been working hard on their marriage after they hit a rough patch when the 37-year-old footballer was seen flirting with Chloe Ayling on ‘Celebrity Big Brother’.

Jermaine had insisted it was just a bit of “banter” but Alice was “totally embarrassed” by his actions and he later vowed to “pull out all the stops” to save his marriage.

He told BANG Showbiz at the time: “Well I’ve apologised for how it may look on the outside and if she’s been embarrassed and she’s upset and the family. So, I’ve apologised and she accepted it. So what we do now, is we move on and continue our lives.

“The way it came out – it looks worse then what it actually was in the inside so I have no idea how it seems on the outside and what backlash has came from it, so obviously she’s upset.

“A lot of people have put their 10 pence piece worth in and you know, making it worse. But it was innocent even though it didn’t look innocent so, nothing happened, it was just a little bit of flirting.

“You know, you’re in the house for 24 hours – as I keep saying and you know, half of the stuff you’ve seen wasn’t bad in there because you’re together a long time.”