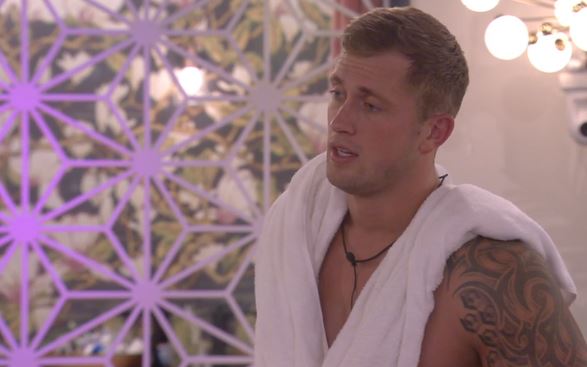 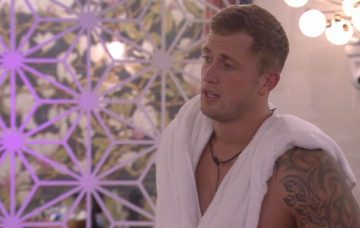 Dan Osborne opens up about arguments with Jacqueline Jossa

He prefers to avoid arguments than face confrontation

Dan Osborne gave further insight into his marriage with Jacqueline Jossa on the latest episode of Celebrity Big Brother.

The former TOWIE star, 27, spoke to some of his housemates about rowing with Jacqueline and how mistakes he’d made earlier in life meant he walked away from confrontation rather than addressing the problem.

Dan said: “When our marriage started going wrong, my reaction was to avoid the arguments. I hate arguing.”

He went on to say past arguments with an ex-partner had been so “toxic” they’d put him off ever wanting to row again.

The reality star famously lost his job on TOWIE after a phone call between him and his ex was leaked in which he made threats towards her.

Dan told the house: “When I argued with my ex  we were toxic and It was horrible arguments and I regret every one of them and I honestly decided in my heart never will anyone get me angry again.

Dan and Jacqueline began dating in 2014 and married last year.

They have two children: three-year-old daughter Ella and baby Mia, who was born just a few weeks before Dan entered the CBB house. Dan’s also dad to son Teddy, four, from a previous relationship.

The couple went through a rocky patch ahead of Mia’s birth which led to Dan moving out of their marital home, but he hinted before CBB began that they were back on track and getting on well.

In a recent chat with housemates, the star said Mia’s birth had been a catalyst to bring them back together again.

“Once we had Mia, we started getting on,” he said.

While Dan is in CBB, Jacqueline has been enjoying a holiday abroad with her loved ones.

Sometimes it’s okay not to be okay. Sometimes you have to wear your hat and be done with it 💁🏼‍♀️💃🏻(I have worn this hat a lot I’m becoming obsessed but I feel it’s not okay for an England Sainsbury’s shop… 👀 Thanks for all the lovely messages and support. I’m having lots of family time and currently cuddling my princess Mia and debating whether I can fit a nap in. ❤️

She has not directly addressed his time in the CBB house or any comments he’s made, but she did allude to the messages of support she’s received from fans yesterday.

Alongside a photo of her in the sunshine, Jacqueline posted on Instagram: “Sometimes it’s okay not to be okay. Sometimes you have to wear your hat and be done with it 💁🏼‍♀️💃🏻(I have worn this hat a lot I’m becoming obsessed but I feel it’s not okay for an England Sainsbury’s shop… 👀 )

“Thanks for all the lovely messages and support. I’m having lots of family time and currently cuddling my princess Mia and debating weather I can fit a nap in (sic).”