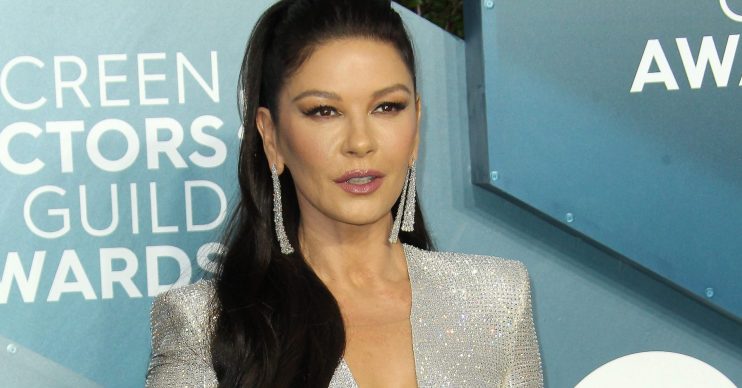 Son Michael broke the news to the world

She wrote on Instagram: “To my darling Kirk, I shall love you for the rest of my life. I miss you already. Sleep tight… (sic)”

Several other stars shared emotional tributes to Kirk following the news of his death.

Star Wars actor Mark Hamill wrote on Twitter: “Kirk Douglas was one of the biggest stars of all time & a brilliant actor with an unforgettable, blazing charisma.

“He will also be remembered for putting his career on the line by defying the Hollywood Blacklist, hiring writer Dalton Trumbo for the classic Spartacus. #RIP (sic)”

Kirk’s For Love or Money co-star Mitzi Gaynor posted: “Bravo Kirk Douglas on an incredible life. Thank you for so generously sharing your amazing talent with all of us.

“The film we made together will always hold a special place in my heart. My love to Anne & your beautiful family.”

Danny DeVito tweeted: “Kirk Douglas. The inspirational Scalawag. 103 years on this earth. That’s got a nice ring to it! Great hanging with you man.”

Star Trek actor William Shatner wrote: “Condolences to the family of Kirk Douglas. What an incredible icon he was in this industry!”

Seinfeld star Jason Alexander was left “heartbroken” by the news of his pal Kirk’s death, and he described him as an “absolute legend”.

He tweeted: “Heartbroken. Kirk Douglas was a friend and an absolute legend of a star and human. He got better with every passing day. So honored to have known him. My love to his family. We could use a true Spartacus. (sic)”

Filmmaker Rob Reiner also took to Twitter to praise Kirk, calling him “an icon in the pantheon of Hollywood”.

He wrote: “Kirk Douglas will always be an icon in the pantheon of Hollywood. He put himself on the line to break the blacklist. My love goes out to my friend Michael and the whole family. (sic)”

George Takei posted: “Legendary actor Kirk Douglas has passed on today at the age of 103. An Academy Award winning actor and recipient of the Presidential Medal of Freedom, Douglas was a champion for many just causes and lived a long and storied life. He was adored and beloved, and he shall be missed.”

The tributes came after Michael had confirmed his father’s passing.

He said in a statement: “It is with tremendous sadness that my brothers and I announce that Kirk Douglas left us today at the age of 103.

“To the world, he was a legend, an actor from the golden age of movies who lived well into his golden years, a humanitarian whose commitment to justice and the causes he believed in set a standard for all of us to aspire to.

“But to me and my brothers Joel and Peter he was simply Dad, to Catherine, a wonderful father-in-law, to his grandchildren and great grandchild their loving grandfather, and to his wife Anne, a wonderful husband.

“Kirk’s life was well lived, and he leaves a legacy in film that will endure for generations to come, and a history as a renowned philanthropist who worked to aid the public and bring peace to the planet.

“Let me end with the words I told him on his last birthday and which will always remain true. Dad, I love you so much and I am so proud to be your son.”

As well as Spartacus, Kirk was known for 20,000 Leagues Under the Sea, Lonely Are the Brave and The Bad and the Beautiful, and shot more than 90 movies in his career.

Leave your condolences for Kirk Douglas on our Facebook page @EntertainmentDailyFix.