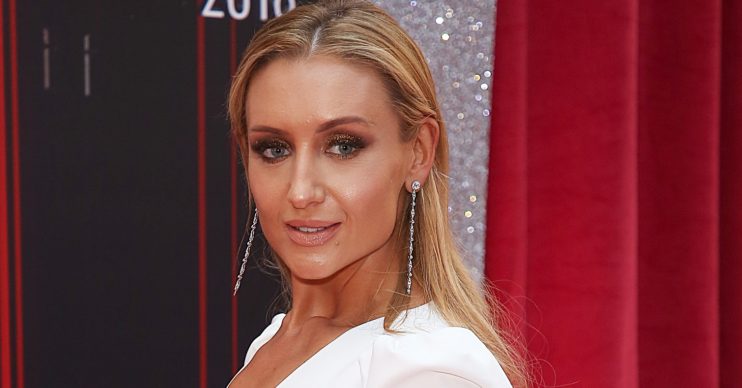 Catherine Tyldesley targeted by trolls over her appearance

Fans rallied around her

Catherine Tyldesley faced up to cruel trolls this week as they targeted her with comments about her appearance.

The former Coronation Street star, 36, posted a photo of herself looking stunning in a beige cardigan, grey tartan trousers and a white v-necked shirt.

What did the trolls say to Catherine Tyldesley and how did she respond?

“#grownup vibes #neutralstyle,” she wrote in the caption of the pic, shared with her followers on Friday (August 21) afternoon.

While many praised the look as “absolutely stunning” and “gorgeous” in the comments, some users posted cruel messages about the actress’ looks.

One told Cath, seemingly in an attempt to body shame her: “You need to eat a sandwich.”

What did her fans say?

She replied: “Do I tho? What a strange comment…”

Her fans rallied around her, as one clapped back: “Rude.”

Another fumed: “Excuse you?! What kind of body-shaming [bleep] is this?! Why do you think you have the right to fire off judgmental [bleep] at people you don’t know?”

Elsewhere in the picture’s comments, another troll account told Catherine: “You have a man’s jaw.”

But the star had only positivity to offer back, as she said: “I’m proud of my jawline… it’s strong… like me. Sending you love and healing. I hope you find inner peace with yourself. God bless.”

One of her fans told her: “I would pay good money for your jawline! Beautiful.”

Another who had her back quipped, with laughing emojis: “All the better to eat your sandwiches with, right?! Jesus, people are weird!”

It follows pictures Cath shared of herself back on the set of Coronation Street.

Keep hanging in there #performers… things are moving, your #comeback is real. This time your light will be blinding ❤️❤️❤️ #theatre #television #film #thearts #dance #music

She played Eva Price in the ITV soap for seven years, from 2011 until her departure in 2018.

The picture, which showed her looking glam in a black jumpsuit as she stood outside the Rovers, had Corrie fans clamouring for her to return to the programme.

What do you think of Cath’s picture? Leave us a comment on our Facebook page @EntertainmentDailyFix and let us know.