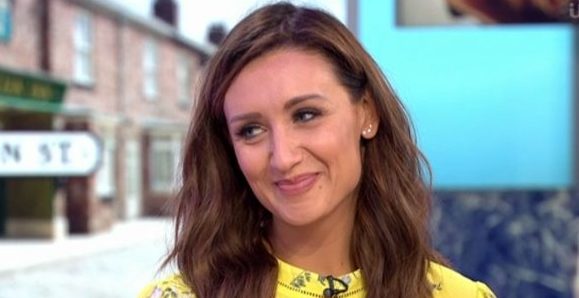 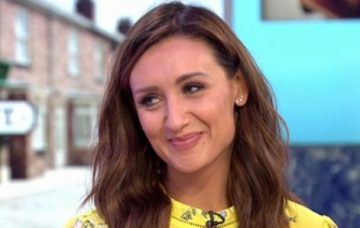 Catherine Tyldesley has shown off her new trim body after embarking on a weight loss programme.

Former Coronation Street star Catherine began working out with a trainer 12 weeks ago and has shared a before and after picture with her fans.

The actress, who recently quit Corrie, explained to her followers that she returned to the gym back in April following an injury.

Catherine, 34, hasn’t revealed the details of her injury but it’s fair to say she has been working very hard!

Captioning the before and after shot, the mum-of-one said: “Nearly there!!

Just three weeks ago, Catherine revealed the motive behind her exercise programme.

Citing her three-year-old son Alfie, she said: “It’s not about ‘perfect’ it’s about being the best I can be. For me, my family and my job.

“My number one priority in life is being on this earth for as long as possible for my son.

“We get one body- I’m gonna take care of it!! Strength from the inside out.

But keeping fit isn’t a new thing for Catherine.

The actress, who until earlier this month played Eva Price in Coronation Street, has worked hard to keep in shape for years.

In an interview with Best magazine, Catherine said she would binge eat junk food behind her parents’ back.

But after kicking the bad habit, and eating only home-cooked healthy meals instead, she had slimmed down to a size 12 by 19.

Catherine told the magazine: “When I look at pictures of myself from that time, it doesn’t look like me. I was a different person.

“I actually keep a picture from when I was big on my phone to remind myself just how far I’ve come.”

Do you enjoy keeping fit and exercising? Leave us a comment on our Facebook page @EntertainmentDailyFix and let us know what you think!