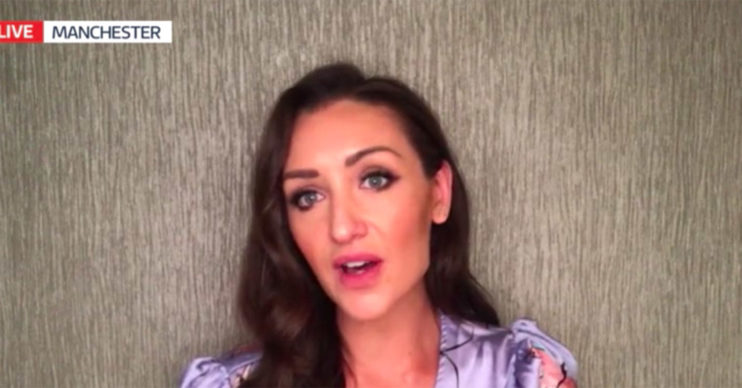 Catherine Tyldesley reveals her grandfather has died from coronavirus

Former Coronation Street actress Catherine Tyldesley has shared that her grandfather has passed away from coronavirus.

Her mother also spent almost a week in intensive car suffering from COVID-19.

She told the GMB panel: “I think there are so many people going through really difficult times at the moment.

“For the first few weeks, lockdown was a bit of a joy for me, to be with my boys and spend time at home, and then my mum became poorly, and spent a week in ICU, and then my grandfather passed away.

“My grandfather passed away”

“But I wanted to share with people I have a had a couple of really dark days. And I wanted to reach out to people and say look, we are all in this together, the response has been overwhelming.”

She went on to explain that she has appeared on Liz Taylor’s podcast, Events That Made Me, to show others that it is OK to be struggling during these unprecedented times.

Catherine continued: “I think it’s important to reach out to people and say it’s not just about baking banana bread, there are people who are going through this every single day.

“It’s part of the reason why I agreed to do Liz Taylor’s podcast, she’s really good at finding silver linings in things, and we need that more than ever.”

Despite this incredibly challenging period for the actress, her sense of humour is still very much in tact.

She has been entertaining her fanbase for weeks with videos of her eccentric altar ego – Olga Keff.

“It’s important to reach out to people”

She told GMB hosts Ben Shephard and Ranvir Singh: “She’s been knocking around for years.

“I drive my husband mad with it because I often forget to take the facial hair off, and he’ll go ‘come on babes we’re four years into the marriage, deal with it!'”

Catherine is married to Tom Pitfield and they share a son Alfie, five.

Last year she believes Tom suffered from coronavirus while on holiday in Dubai.

She told Lorraine that in November Tom fell ill during their holiday.

They witnessed another man ill on their flight over to the UAE.

She said: “He got taken to hospital and I stayed with him… they thought initially it was some kind of pneumonia…

“I revealed this on Instagram once the holiday was over and so many people got in touch with me, I’d say at least eight people dm’d me saying they were on that flight and they got it.”