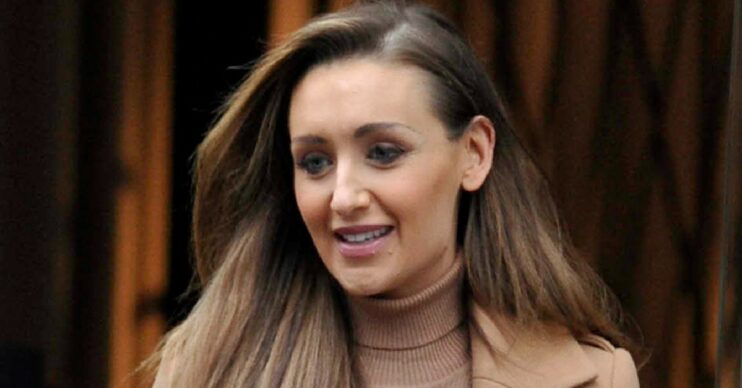 The soap star is expecting a baby girl

Catherine Tyldesley has updated fans on her morning sickness as she prepares to welcome her second child.

The former Coronation Street star is months away from welcoming a baby daughter with photographer husband Tom Pitfield.

But after suffering from extreme sickness during the early stages of her pregnancy, how is Catherine getting on now?

She answered a number of questions from her followers, with one reading: “Did you get morning sickness and if so what did you do?”

The actress was quick to share her thoughts in a response as she filmed herself in the bath.

I managed to come off the meds about two months ago

Sharing her reply, Cath said: “Yes, horrifically. I had really bad sickness for the first three months and I was on medication for it.

“I managed to come off the meds about two months ago.”

The mum-of-one went on to suggest her own remedies.

Read more: When is pregnant Catherine Tyldesley due to have her baby?

“Coconut water is full of electrolytes and if you’re being sick a lot the chances are your electrolytes balance is off.

“It’s natural and I’m a bit of a nature bunny.”

Meanwhile, Catherine is set to welcome her second child in April.

The star announced the news back in October, saying: “We feel so lucky. When we found out, I just burst into tears.”

However, she also revealed that she was diagnosed with hyperemesis gravidarum (extreme sickness) shortly after finding out.

Speaking to Hello! Magazine, she explained: “It is not like morning sickness as you feel sick all day.

“It is the same thing Kate [Middleton] had, although I have not been as extreme as her. I was put on medication and that has been a godsend as I feel so much better.”