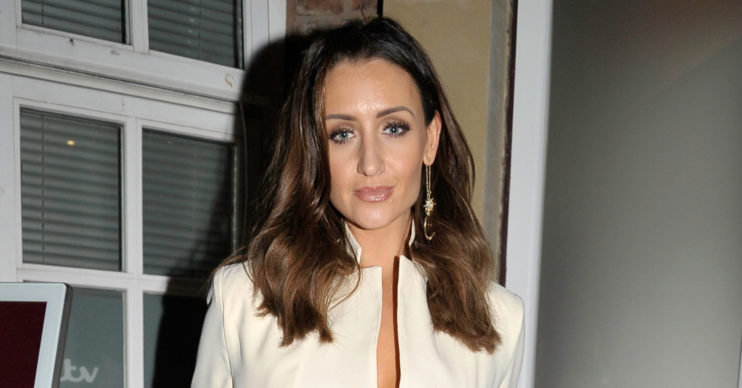 She wanted to say thank you

She wants to pay back the ‘angels’ who saved her mum’s life.

While there, she spent six days in an ICU unit.

Catherine said: “The worry was like nothing I’ve ever known. I want to take this opportunity to express my never ending gratitude to our #NHS and to#SalfordRoyal Hospital. The doctors worked around the clock to treat my mum swiftly and keep her protected from #covid19 at all times.”

She said her mum called nurses “angels” and praised the “greatest of heroes” for their work.

Now, Catherine is keen to do her bit to repay those angels.

She is hosting the celebrity quiz on Friday May 22.

And she has persuaded many of her famous friends to take part in the fundraiser – which is expected to raise £500,000.

I will do anything for our NHS and will be forever in debt to the angels at Salford Royal Hospital who cared for my mum.

Coronation Street’s Hayley Tamaddon and Scott Wright will be joining.

Shaun Wallace and Paul Sinha from ITV’s The Chase and Kevin Ashman from BBC2’s Eggheads, and Sky Sports presenter Tom White all agreed to take part as question masters.

A big thank you

Catherine added: “This is a thank you from me to the NHS for saving my mum’s life.

“This is just one small way that I can repay the never-ending gratitude I have for the amazing doctors and nurses of the NHS. I will do anything for our NHS and will be forever in debt to the angels at Salford Royal Hospital who cared for my mum.

“It has been a horrendous week for my family and having mum back home now is nothing short of miraculous.”

It takes five minutes to join the event at PubQuizParty.com and you can create your pub team with friends and family that you don’t necessarily live with – so it’s perfectly possible to maintain social isolation while playing the game together.

Each team pays £5 to enter and all proceeds go to the NHS. There’s a £1,000 prize for the winning quiz team.

The quiz will run for about an hour and will have a total of 50 questions, 10 rounds of five questions on topics including TV, sport, general knowledge, entertainment, food and drink, music, history, literature, science and geography.

Questions are multiple choice and you answer on any kind of computer. Quicker answers are rewarded with more points – meaning you can’t just Google the answers.

Ex-Apprentice star Daniel Lassman, CEO and Founder of PubQuizParty.com came up with the idea.

Will you be joining in? Go to our Facebook page @EntertainmentDailyfix to leave a comment and let us know.