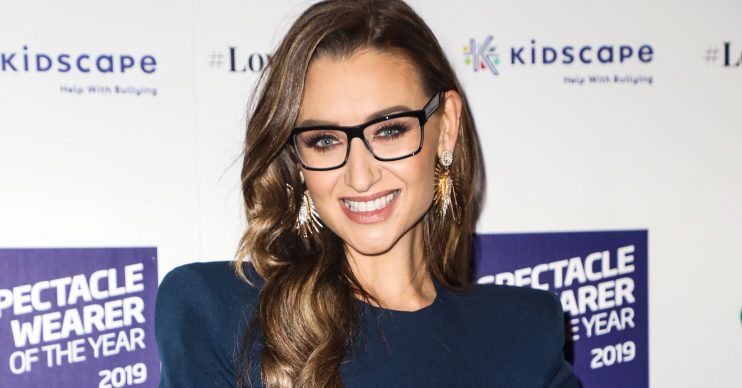 On Thursday, the star left her fans in a frenzy after posting a tweet which read: “Today just got good. VERY good. 2020 momma loves you already.”

Fans were convinced Catherine’s tweet meant she was pregnant with her second child however, she’s now clarified this isn’t the case.

In a separate tweet, the former Strictly Come Dancing star wrote: “Noooo guys!! You’ve got the wrong end of my stick! I’m not pregnant! I just mean I’m excited for 2020!”

Many fans found the misunderstanding hilarious.

One person said: “Omg you got me excited for a minute,” while another wrote: “Haha I did wonder!”

A third added: “I actually knew what you meant. Funny, though.”

Catherine also caused a stir when she shared throwback photos of herself when she was pregnant with her son Alfie, four.

You’ve got the wrong end of my stick! I’m not pregnant!

Many fans urged Catherine to have another baby with one person commenting: “Time for another baby!”

Another wrote: “Time for another???” while a third insisted: “Time to make another bump.”

Meanwhile, Catherine is gearing up to star in the Strictly 2020 live tour.

The tour kicks off on January 16 in Birmingham and will run for 33 sequin-filled shows across the UK, ending in London on February 9.