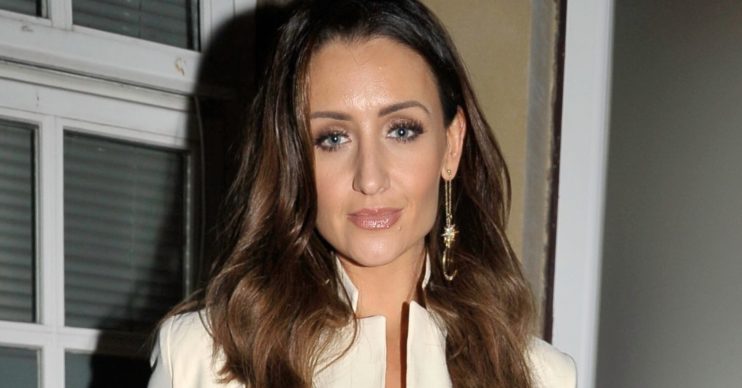 Catherine Tyldesley has called herself a ‘bad’ mum to son Alfie for wanting some chill time to herself.

The former Coronation Street actress, 36, shared a video with her social media followers today (Friday, September 11) and said she’s desperate for some ‘me’ time.

What did Catherine Tyldesley say about her son Alfie?

Speaking on her Instagram Stories, Cath said that when the lockdown first came in, she wished that schools would reopen soon so she could have some peace and quiet.

But now that schools are open and Alf has gone back, she now has her fingers crossed for after-school clubs to start again.

The Strictly Come Dancing star said: “Mum life klaxon. I remember thinking in lockdown, ‘God I can’t wait ’til Alf’s back in school. And now that he’s back in school, I’m like, ‘God, when are after-school clubs starting again?”

Speaking further, Cath joked she was “mother of the year” but insisted she just wants to have a cuppa without being disturbed – and to enjoy baths without her son coming and weeing in them.

She continued: “It’s really bad, isn’t it? Bad Cath! Mother of the year. It’s just nice to have a brew without having Lego thrown at me, or to have a bath without somebody getting in and [bleeping] in it.”

Cath’s rant about a ‘twonk’ driver

Elsewhere on her Instagram Stories today, Cath had a good rant about a “twonk” driver who parked far too close to her.

She shared a clip of the car next to hers and said: “Who parks like this? How am I supposed to get in? I’m sorry but do I live on lettuce?”

Read more: Catherine Tyldesley targeted by trolls over her appearance

In a later Story update, the ex Corrie star said: “Guys, thank you for checking in on me. I’ve been inundated from my previous Story of some absolute twonk parking so close to me that I couldn’t even get in my own car.

“Luckily, she’s like spaghetti. I’m super hyper mobile and, like a kamikaze, I launched myself from the passenger side into the diver’s seat. So all is well with the world. But I would still like that persons head on a stick… thanks for coming!