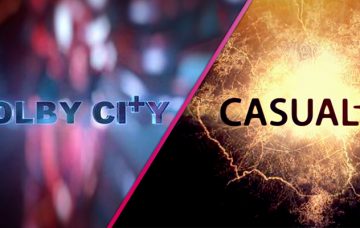 Casualty and Holby City crossover will be a “one off”

The two soaps will combine

The Casualty and Holby City crossover will be a “one off” for now.

This weekend, the two BBC medical soaps will combine for the start of a two part special seeing both casts come together after a cyber attack leaves the hospital in a state of chaos, and executive producer Simon Harper admitted it has been an ambitious and unique project.

Speaking to the Metro.co.uk, he said “A one off for the moment, logistically. It’s a huge challenge to the team. It’s a lot of work. It would diffuse from the uniqueness of the occasion.”

Also of upmost importance was making sure the two episodes – Casualty on Saturday (02.03.19) and Holby City on Tuesday – felt like the individual shows despite the crossover.

Praising writer Michelle Lipton – who is experienced with both programmes – Simon added: “One thing to emphasise is the Casualty episode is Casualty and Holby is Holby.

“What I love about the Casualty episode is that a Holby family are the guests. There’s a brilliant stunt in the opening 15 minutes in the normal Casualty format, but they happen to be Holby characters.

“And you have to kind of assume Casualty fans won’t know who they are. She’s written them very cleverly.”

She said: “There’s no CT machines so no imagery, observations – pulse etc, are having to be done manually and the old fashioned way.

“Presumably we would have trained in that and felt reasonably comfortable with it but the youngsters wouldn’t.”