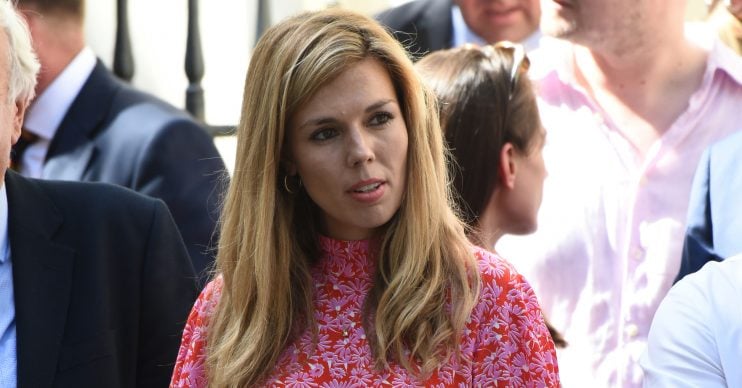 Carrie Symonds ‘distraught’ and ‘comforted by friends’ during coronavirus self-isolation

Her fiancé Boris Johnson is currently in hospital with coronavirus

Carrie Symonds is “distraught” and being comforted by friends online as she continues to self-isolate, a report has claimed.

Carrie, 32, is engaged to Prime Minister Boris Johnson and they are expected a child together.

It is reported she is due to give birth either in late May or June.

She is said to have successfully battled coronavirus, according to The Sun.

Earlier this week it was reported Carrie had “spent the last week in bed”.

She admitted suffering from coronavirus while pregnant “is obviously worrying”.

However, the PM is still recovering from his own coronavirus symptoms after spending a second night in intensive care in hospital.

It is believed the couple have not seen one another in weeks.

The Sun also claims Carrie is receiving regular calls from friends trying to boost her mood.

A unnamed pal is quoted as saying she is “distraught” and “in tears” after her fiancé was hospitalised and moved into intensive care.

The tabloid reports she contacted a friend while deeply upset over the PM’s condition.

It is not known whether the PM is “allowed” to speak to her on the phone.

But it has been reported she was not permitted to visit him at 10 Downing Street while he was self-isolating.

Carrie also has to stay away from her ‘high risk’ 72-year-old mother.

The PM has reportedly seen his fever easing off during his time at London’s St Thomas’ Hospital.

The Times reported that his high temperature had fallen and claims he is “in good spirits”.

Foreign Secretary Dominic Raab is standing in for the PM as he recovers.

He said during a press conference yesterday: “I’m confident he’ll pull through.

“Because if there’s one thing I know about this Prime Minister, he’s a fighter.

“He’ll be back at the helm leading us through this crisis in short order.”

Best wishes from the Queen

The Queen has also sent her best wishes to both the PM and Carrie.

It read: “Earlier today, The Queen sent a message to Carrie Symonds and to the Johnson family.

“Her Majesty said they were in her thoughts and that she wished the Prime Minister a full and speedy recovery.”