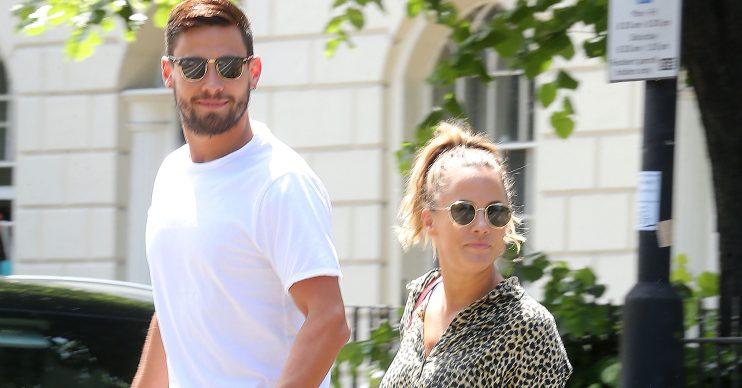 What doesn't kill you makes you stronger…

They split up a year ago, but Celebrity Big Brother star Andrew Brady has now decided to speak out about his break up from Love Island host Caroline Flack.

Andrew has branded his relationship with Caroline “toxic” and said the split “saved his life”.

Uploading a series of images to Instagram Stories, Andrew said: “It’s exactly a year tomorrow since I left a very toxic relationship and got away.”

He said he was going to mark the anniversary by “doing something I probably should have done a while ago”, before revealing he was covering up his tattoo of Caroline’s initials.

After moving to Australia, Andrew decided to cover up his CF tattoo with a huge map of his new home country.

The original tattoo featured a heart alongside Caroline’s initials. Andrew kept the heart and wrote: “I [love heart emoji] Australia.”

“It’s finally gone,” he said of the tattoo.

Andrew also replied to one of his followers who revealed they too had been in a “toxic” relationship.

It’s exactly a year tomorrow since I left a very toxic relationship and got away.

He said: “What doesn’t kill you makes you stronger.”

Caroline also got a tattoo of Andrew’s initials.

She is now loved up with new man Lewis Burton and gearing up to present Winter Love Island early next year.