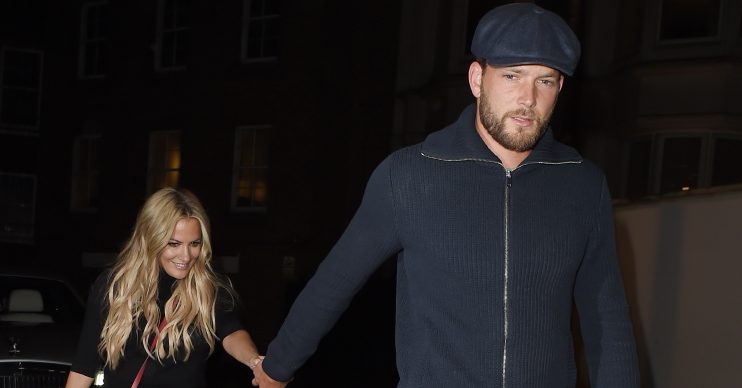 The tennis player is allegedly embarrassed by the recent events

The tennis player and model, 27, was said to have received hospital treatment after Love Island host Caroline, 40, allegedly attacked him on Thursday December 12.

She was was accused of attacking him at her Islington, North London, home and police were called.

Lewis was taken to hospital and Caroline was charged with assault by beating.

She is co-operating with the appropriate people to resolve matters

And now a source has revealed that he apparently won’t be pressing charges.

A source told the MailOnline: “Lewis is very upset and embarrassed about how this situation has blown up. It was a tiff between a couple that love each other and should never have ended up in the public domain…

“He has not – and is not – pressing charges. He loves Caroline and wants things to be back to normal as soon as possible.”

Regarding the incident, a statement from Caroline’s rep read: “We confirm that police attended Caroline’s home following a private domestic incident.

“She is co-operating with the appropriate people to resolve matters. We will not be making any further comment for legal reasons.”

The Metropolitan Police released the following statement: “Caroline Flack of Islington was charged on Friday, 13 December with assault by beating.

“This follows an incident at approximately 05:25hrs on Thursday, 12 December after reports of a man assaulted. He was not seriously injured.”

The couple are believed to have started dating in June, after being set up by mutual acquaintances.

They officially announced their relationship in August, and have been sharing loved-up snaps across their social media accounts ever since.

Caroline’s future on Love Island remains uncertain. She was set to fly to South Africa to film the new winter edition of the series within a matter of weeks.

What do you make of this story? Tell us what you think on our Facebook page @EntertainmentDailyFix.