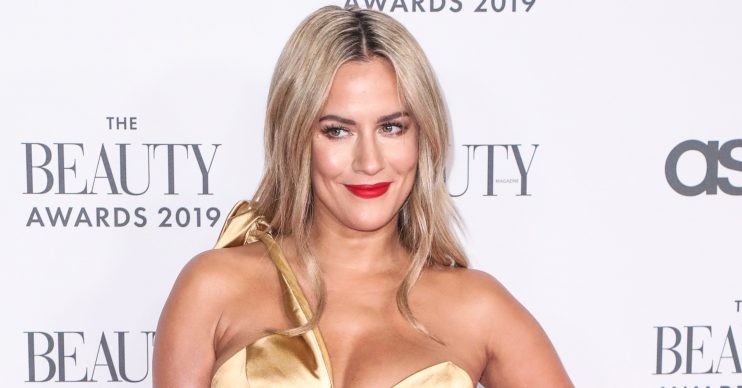 It will be released in April

A Caroline Flack biography has been announced just days after her death.

The late Love Island presenter – who took her own life over the weekend, aged 40 – will be the subject of a new book by writer Emily Herbert.

The book will be released in April on John Blake’s new Ad Lib Publishing imprint.

Read More: Caroline Flack’s ex Danny Cipriani in tears after ‘missing her call’ before her death

Blake – who acquired the world rights direct from Herbert – has confirmed Caroline: The Short, Sweet And Tragic Life of Caroline Flack will be available from April 30.

The publisher – who launched his new non-fiction firm last month – said: “Emily is a wonderful writer who has serious and important things to say about this terrible tragedy.

“She will reveal much that is unknown about this sad, sad story.”

In 2015, Caroline released her own autobiography – titled Storm In A C Cup – a year after winning Strictly Come Dancing, as she opened up on her TV career and family life.

Meanwhile, her management have accused the CPS of creating a “show trial”, after it was claimed she passed away just hours after learning a court trial would be going ahead.

Emily is a wonderful writer who has serious and important things to say about this terrible tragedy.

In a statement, Francis Ridley of Money Talent Management, said: “We are devastated at the loss of our client and friend Caroline Flack.

“An immensely talented young woman who was at the top of her game professionally and loved by television viewers across the country.

“In recent months Caroline had been under huge pressure because of an ongoing case and potential trial which has been well reported.

“The Crown Prosecution Service pursued this when they knew not only how very vulnerable Caroline was but also that the alleged victim did not support the prosecution and had disputed the CPS version of events.

“The CPS should look at themselves today and how they pursued a show trial that was not only without merit but not in the public interest.

“And ultimately resulted in significant distress to Caroline. Our thoughts are with Caroline’s family at this time.”