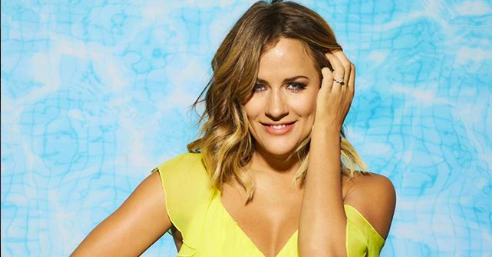 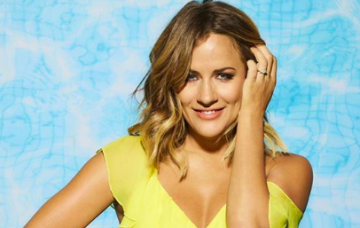 She may be beautiful, rich and successful, but that doesn’t mean Caroline Flack isn’t a human being, just like the rest of us.

And after a rough couple of weeks, the TV star took to Instagram to share an emotional moment.

Beside a picture of herself smiling in a yellow dress, the Love Island presenter wrote: “Life can be [bleeping] hard! People can be [bleeping] mean … but do you know what … keep smiling Cos Jesus Christ … you have to keep laughing or you’d just cry ❤ ps I miss my dog x”.

The pair met and got engaged within a couple of months, but split last month.

But in the last few days, reports have hinted of a reunion, with Andrew, 27, returning to Caroline’s London home on Monday night.

The Apprentice UK and Celebrity Big Brother star had their pet dog with him.

One wrote: “You deserve the best and no doubt in the future you will get that, a stunning lady 🙂”.

Another commented: “Just do what makes you happy, don’t listen to anyone else!”

A third added: “Life is hard but then it must be even harder in the public eye. Be selfish and kind to yourself. You’re blooming hilarious and stunning to boot. Keep on swimming 😊”.

It follows news on Monday that Caroline was reportedly wearing her engagement ring again – but on a different finger.

According to The Sun, the Love Island host was wearing a ring on her right hand at a recent opening of a River Island shop at Westfield shopping centre in London.

A source told the publication that Caroline has had a “change of heart” about her break up with Andrew.

The insider told the publication: “It’s obviously only at an early stage but things have improved a lot since they split.

“Caroline is now wearing her ring again — although to keep things a bit low-key she has decided to put it on her other hand.”

But with rumours that Andrew could be appearing on the new series of Celebs Go Dating, it looks like the situation is still far from straightforward…

Do you think these two will get back together? Leave us a comment on our Facebook page @EntertainmentDailyFix and let us know what you think.