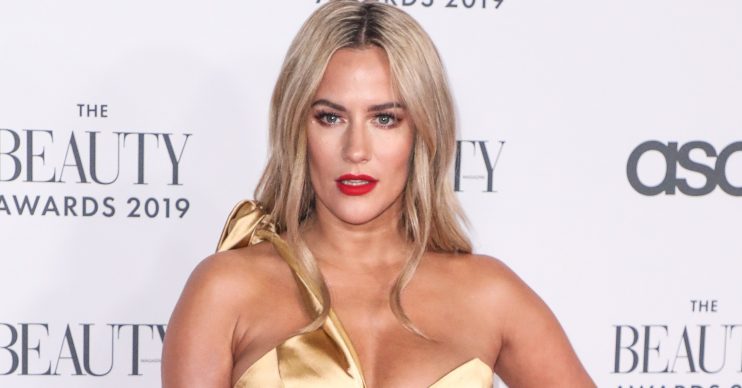 Caroline Flack has reportedly hit “rock bottom” after finding out that boyfriend Lewis Burton has allegedly been texting other women.

According to a report in New! Magazine, the presenter, 40, was left feeling insecure after she heard about the contact Lewis has had with others.

Rumours have swirled that the pair split, since Caroline faces trial over an assault charge for allegedly hitting Lewis, 27, with a lamp while he was asleep at the end of last year. At a preliminary hearing, Caroline indicated she intends to plead not guilty.

But while the pair are still together, the report claims Caroline is reeling after discovering that Lewis told the women he was speaking to that their relationship was over.

A source told the magazine: “As a tennis coach, Lewis is often in touch with female clients. He’s doing his best to protest his innocence but, obviously, not being able to explain things to Caroline face to face makes everything seem a lot worse than it is.”

However, it was reported that he had also sent another woman a message on WhatsApp, which said: “Me and Caroline don’t go out anymore. Are you available next weekend to see me?”

Fans have been left confused by the relationship, as Lewis appeared to stand by Caroline when he attended her court appearance on December 19.

She’s terrified Lewis is going to turn his back on her.

He left a message on Instagram back then saying that it was “heartbreaking” that they wouldn’t be able to see each other over Christmas, due to conditions imposed by the court.

“They remain a couple,” said Caroline’s lawyer at the time, in a failed attempt to get the conditions lifted.

However, the source said that Lewis’ denials have not gone far enough to reassure Caroline.

“Despite Lewis’ denials, Caroline has been very emotional,” they said. “The reports have brought her back down to rock bottom.”

Caroline initially seemed to cope well with her impending court case. Not only was her relationship not apparently threatened by it, but she took a break to LA to clear her head, and returned looking healthy and relaxed. Some reports suggested she had given up booze.

Reports suggested that ITV bosses want her back to host Love Island in the summer, after replacement Laura Whitmore has received a lukewarm response in many quarters.

But these rumours won’t be helping – and the trial is set for March 4, which is now very close indeed.

“She’s terrified Lewis is going to turn his back on her,” the source claimed. “All she can rely on now is the hope he’ll stay true to his word, but she can’t help but feel as though their relationship’s days are numbered.

“Her friends feel so sad for her. She’s said that it’s a living nightmare and that she just wants to wake up from it all and find out it was all a bad dream.”

What do you think? Should Caroline and Lewis split up or does true love conquer all? Have your say on this story on our Facebook page @EntertainmentDailyfix.