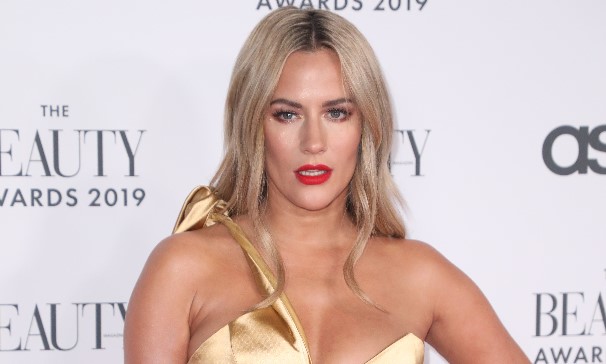 The presenter posted snaps with her pet pooch Ruby

Caroline Flack has broken her social media silence, posting sultry pictures of her posing with her cute dog Ruby.

The presenter, 40, hasn’t posted anything on Instagram since before Christmas.

Caroline is facing trial next month after being accused of hitting her sleeping boyfriend Lewis Burton over the head with a lamp – something they both have denied.

Seven weeks ago the star posted a Christmas message to followers.

She wrote: “Been advised not to go on social media but I wanted to say happy Christmas to everyone who has been so incredibly kind to me this year.

I’m not going to be silenced when I have a story to tell and a life to keep going with.

“I’m taking some time out to get feeling better and learn some lessons from situations I’ve got myself into to. I have nothing but love to give and best wishes for everyone.”

Caroline, who had to step down from presenting the winter edition of Love Island, will appear in court to face charges on March 4 and has been banned from contacting Lewis.

Despite this, Lewis yesterday commented on footage of Caroline posted by a friend on Instagram before swiftly deleting the comment.

Lewis, 27, appeared to comment on a video of the Love Island host climbing a wall at London’s The Castle Climbing Centre with friend Mollie Grosberg who added the post.

In a screenshot obtained by the Mail Online, Lewis commented: “You’re both useless,” followed by a red love heart emoji.

A report in New! magazine claimed Caroline is reeling after discovering that Lewis told the women he was speaking to that their relationship was over.

Read more: Caroline Flack is back in the UK and off the booze with TV future looking bright

A source told the magazine: “As a tennis coach, Lewis is often in touch with female clients. He’s doing his best to protest his innocence but, obviously, not being able to explain things to Caroline face to face makes everything seem a lot worse than it is.”

However, it was reported that he had also sent another woman a message on WhatsApp, which said: “Me and Caroline don’t go out anymore. Are you available next weekend to see me?”

It doesn’t look like the ongoing Caroline and Lewis saga is going to end any time soon.