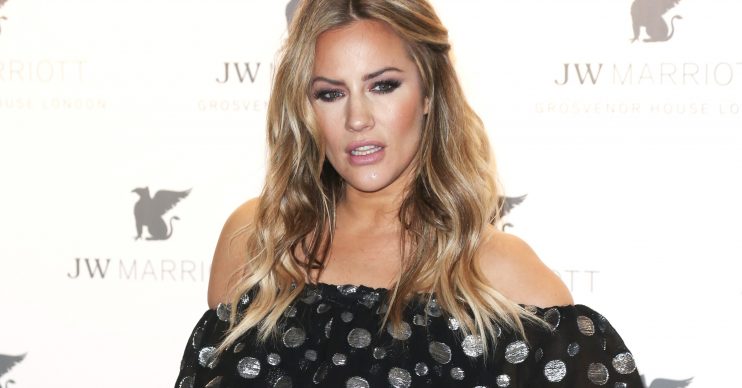 Caroline Flack has ‘rekindled her romance with Danny Cipriani’

Love Island host has been spotted with the rugby player again

Caroline Flack has reportedly rekindled her romance with Danny Cipriani.

The 39-year-old TV presenter had a brief fling with the 31-year-old rugby player earlier this year and although she had reportedly decided against pursuing a relationship with him, Caroline has now had a change of heart.

The pair are said to have recently enjoyed some clandestine meetings in both London and Cheltenham and spent the weekend together at the Cheltenham Jazz Festival, following Danny’s team Gloucester’s 28-19 win against the Newcastle Falcons.

A source told The Sun: “Everybody assumed Caroline’s relationship had fizzled out but that’s far from the case.

“Every bit of free time they have, they’re pretty much together. Danny travelled up to see her in London and she’s seen him in Cheltenham. She’s really into him and wants to give the relationship a proper go.”

Danny is the latest in a line of younger boyfriends for Caroline and she recently insisted she is proud of her “cougar” tag.

The presenter famously dated Harry Styles when he was 17 and she was 31, has also been romantically linked with dancer AJ Pritchard, 24, and personal trainer Bradley Simmonds, 24, and was briefly engaged to 26-year-old Celebrity Big Brother star Andrew Brady.

And the Love Island host is defiant about the criticism she’s faced over her life because she just “doesn’t care”.

Caroline shared a photo of one of her magazine cover interviews, which featured the quote: “If ‘cougar’ is supposed to be an insult, I’m making it a badge of honour.”

She captioned the Instagram post: “I normally keep my mouth shut when it comes to my life and being in the public eye … but for the first time I really wanted to write something personal about some of the ‘flack’ I’ve had over the years and how I quite frankly don’t care.”

The former X Factor host previously insisted she hadn’t “done anything wrong” when she dated Harry.

She told Now magazine: “I keep thinking, what have I done wrong? But I haven’t done anything wrong. What’s hard for me to get my head around is people saying it’s disgusting. I don’t think it is.

“I feel like I shouldn’t have to worry about what I do. But it’s a social thing that people aren’t accepting of big age gaps. I know it’s human nature to gossip. But why say it’s bad? No one’s being hurt.”

And last year, she dismissed concerns over the 11-year age gap between herself and then-fiance Andrew.

She told the Mail On Sunday: “What can I say? You can’t help who you make a connection with. My mum says we seem like best mates – and that’s all I want.

“People spend too long overanalysing and overthinking things. Over the past few years I’ve seen so many loved ones go through very sad and tough times and I’ve come to realise that we can’t take anything for granted.

“I’ve never lived life traditionally or by the rules and I’m not about to change.”

Entertainment Daily has reached out to Caroline’s rep for comment.