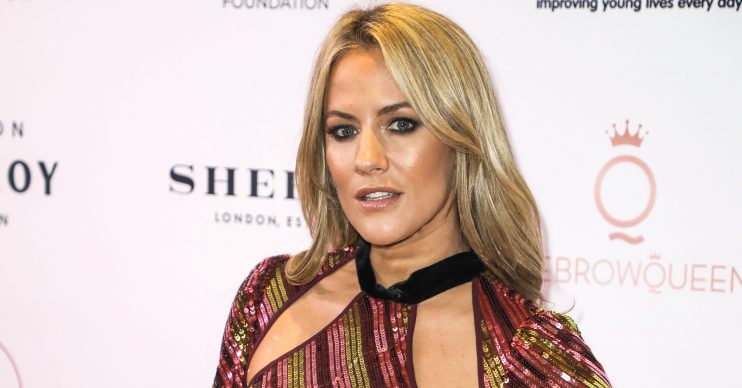 The film will be released next week

The Love Island presenter was found dead at her London flat on February 15 after tragically taking her own life at the age of 40.

Caroline will feature in the movie Greed, which is due for release on February 21, after filming a cameo appearance.

In the trailer for the film, Caroline’s character hands a cheque to Steve’s character and says: “Now time for the man you’ve all been waiting for, the king of the high street.”

The film, which also features cameo roles from Pixie Lott, James Blunt and Made In Chelsea star Ollie Locke, will be released in UK cinemas next week.

Tributes have poured in on social media following the news of Caroline’s death.

News of Caroline’s death broke yesterday evening, with a spokesperson for her family releasing a statement shortly afterwards.

The star’s management team accused the CPS of a “show trial” and slammed their deicsion to pursue the trial despite knowing “not only how very vulnerable Caroline was but also that the alleged victim did not support the prosecution and had disputed the CPS version of events”.

Everybody at Love Island and ITV is shocked and saddened by this desperately sad news.

Celebrities also shared emotional messages including Laura Whitmore – who replaced her presenter friend on the current Winter Love Island – who said: “I’m trying to find the words but I can’t.”

Caroline’s boyfriend Lewis said his “heart is broken”, adding on Instagram: “I am so lost for words, I am in so much pain I miss you so much, I know you felt safe with me, you always said ‘I don’t think about anything else when I am with you.’