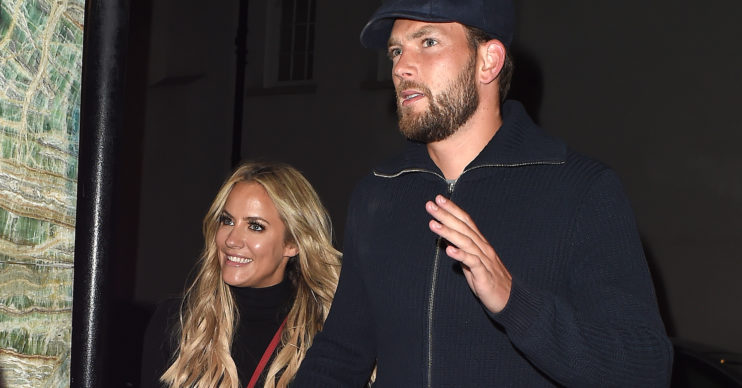 The star tragically died in February

The late Love Island host was accused of hitting her boyfriend Lewis, 27, over the head with a lamp at her London home – charges which the pair both denied.

Caroline, 40, took her own life on February 15, hours after learning lawyers were going ahead with assault charges.

Following her tragic death, reports now claim that the presenter wanted to confess so that she could “get on with her life”.

A friend of Caroline told the Daily Star Online: “She desperately wanted to plead guilty. She thought it would mean she could move on with her life.

She desperately wanted to plead guilty.

“Yes, she was distraught at what she did but in her eyes it was an accident. She didn’t care about losing her job on Love Island.

“She just wanted the whole episode to go away. You can’t stop thinking that if she had pleaded guilty, she would be alive today.”

They went on: “She felt so much shame at the thought of that footage coming out, it was too much to bear.

“She would say that she’d rather die than it come out publicly in court but we didn’t realise she actually meant it.”

What did the prosecutor say?

Ed Beltrami, previously North London area head of the Crown Prosecution Service, believes Caroline may have attacked Lewis again if she had not been prosecuted.

“Supposing we had made a decision not to proceed… and she loses her temper again on another occasion, hits him a bit harder with a lamp or with something else, and he dies?

“How would that look then?”

He went on to deny knowing who Caroline was, adding that no one at the CPS would want to pursue a ‘show trial’ and that they were ‘simply doing their jobs’.

Christine said: “It is deeply regrettable that Mr Beltrami could not have let my beautiful daughter rest in peace.

“My daughter was unable to defend herself during her life and is unable to do so now. Shame on you.”

Speaking of the alleged attack on Lewis, Christine went on: “She [Caroline] admitted that she accidentally made contact with Lewis while she had her phone in her hand while emotionally distressed.

“My daughter confessed to an accident – not as is suggested – to an assault.”

Caroline’s mum also accused the CPS of creating a ‘toxic environment which ultimately led to Caroline’s death’ by releasing ‘untrue’ details of the incident to the press and public.

She said: “He conveniently does not mention that my daughter offered to accept a caution in relation to this incident.