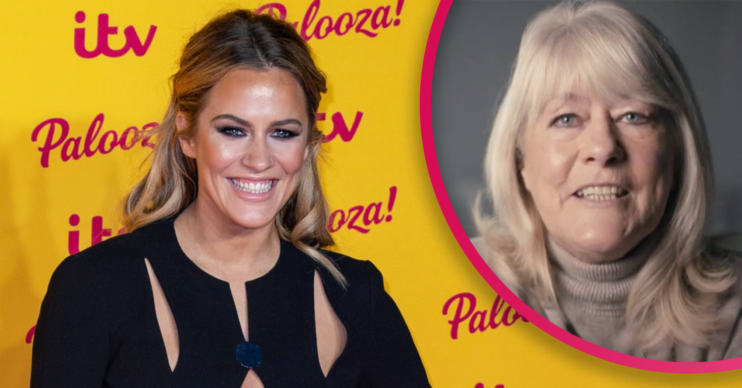 Caroline Flack death: Late star’s mum reveals regret over times she missed out on with daughter

The mother of Caroline Flack opens up about her regret over missed opportunities in a forthcoming Channel 4 documentary about the late TV star’s death.

An emotional Christine Flack reflects on times she wasn’t able to spend with her daughter in a new preview of the programme.

The short clip shows Christine looking over a Mother’s Day card she had received from Caroline in years past.

The message inside reads: “Mum, you’re the best. Sorry I can’t be there. Have a happy Mother’s Day, all my love Carrie.”

Christine then explains her sense of frustration at how life often got in the way of them spending time together.

She also holds back tears as she rues how her work meant they were unable to go away together.

Caroline Flack death: What did her mother say about them spending time together?

Read more: Caroline Flack documentary first trailer: When and where is it on?

Struggling to get her words out, Christine seems to regret those lost times, which can now never be replaced.

She continues: “And I thought: ‘Oh, do you know you just shouldn’t’… All the times you miss with someone.

“And you should just do it, shouldn’t you?”

Earlier this month, it was reported that Christine speaks about how Caroline had previously tried to kill herself in the documentary.

According to the Daily Mail, Christine says: “She had a long relationship when she was in Cambridge but that ended and then we got a call, she’d taken some pills, she spent time in hospital and then you could tell it wasn’t right, her reaction wasn’t right.

You should just do it, shouldn’t you?

Caroline’s sister Jody adds:  “It feels so weird talking about it because I know it’s something she never wanted anybody to know about.

“Each serious boyfriend, she sort of took a lot of tablets, drank a lot, and ended up in an A&E situation a lot of times. She really didn’t think she could cope with that feeling so it was her trying to control it.”

Caroline Flack: Her Life and Death airs at 9pm on March 17 on Channel 4.