They've been rumoured to be a couple after being spotted on dates together and now Caroline Flack and Andrew Brady have confirmed their romance via social media.

The pair took the step of making their relationship official today by simultaneously changing their Facebook profile pictures to loved-up snaps. 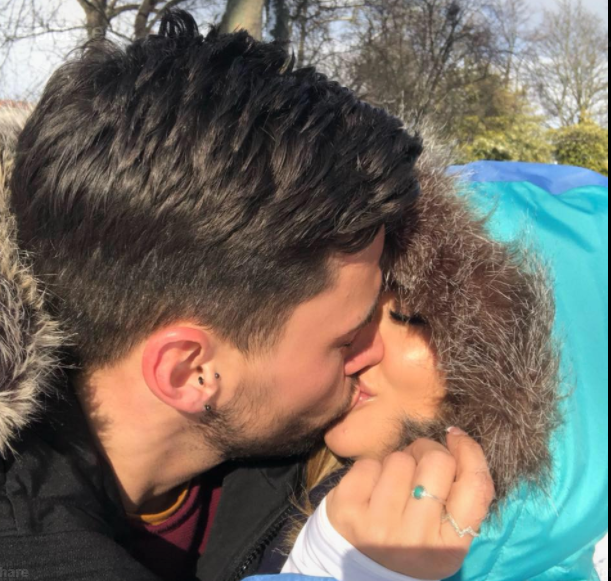 Caroline Flack has changed her Facebook profile pic to this image of her kissing Andrew Brady (Credit: Facebook)

Caroline's picture shows her giving the Celebrity Big Brother star a kiss on the lips as they enjoy a day out together in the cold.

She's wrapped up warm in a blue ski suit with her fur hood pulled up.

Andrew's profile pic is a similarly wintry scene as he smiles at the camera while the Love Island presenter kisses him on the cheek as snow falls down on them. 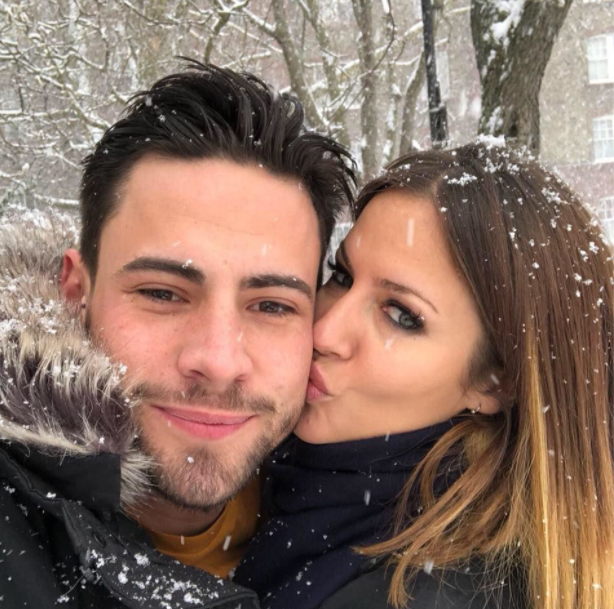 The couple have also been updating their Instagram stories to show them larking about in the wintry weather throwing snowballs.

They both shared pictures of them posing with a snowman they'd built, who they gave sunglasses and a red beret.

The pair then appeared to retreat to warm up together by sharing a bottle of fizz, as Caroline updated her story with a picture of a bottle in an ice cooler with two Champagne glasses and the caption "snowed in?" 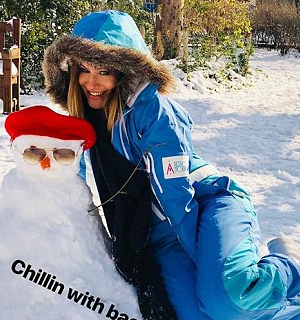 The pair updated their Instagram stories after they spent the day together larking in the snow (Credit: Instagram)

It's thought Caroline, 38, and Andrew, 26, have been dating for a few weeks since he left the Celebrity Big Brother house in January.

Andrew, previously a project engineer in the aerospace industry, was a hit with CBB viewers as he bonded with winner Courtney Act. 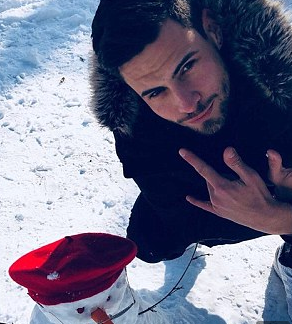 Andrew poses with the snowman he built with Caroline (Credit: Instagram)

He found fame on the last series of The Apprentice, were he was also rumoured to have had a fling with one of his fellow contestants when they shared a house - although he denied this.

Caroline has been used to her love life becoming headline news, as she's previously been linked to Prince Harry and dated singer Harry Styles.

Her 18-month relationship with singer Sam Smith's manager Jack Street ended during her victorious time on Strictly, and she then had a three-month romance with artist Blue Logan. 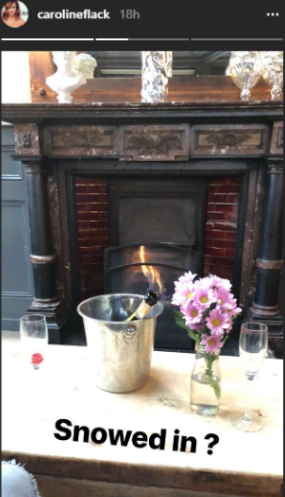 The date continues? Caroline then updated her story to show a bottle of fizz and two glasses (Credit: Instagram)

The former X Factor presenter told  You magazine last year said she's become used to being dubbed "Bridget Jones" because she hasn't settled down yet - but she's willing to wait till the time is right.

She said: "Never to worry about what people think; don't fret if you don't hit those marks, such as marriage or motherhood, just because that is what is expected of you. 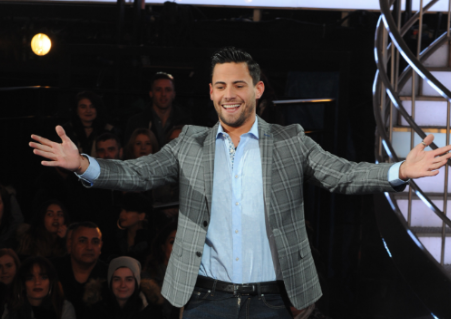 Caroline and Andrew are thought to have been dating since he left the CBB house at the end of January (Credit: FameFlynet)

"You can be fulfilled in many other ways. I have a great life. It's not conventional but it works for me. I don't care if people call me Bridget Jones. I'm happy."

Read more: Caprice reveals why she hasn't told her young sons that they aren't really twins

Now it seems Andrew is making her happy too - good luck to them!

Do Caroline and Andrew make a cute couple? Leave us a comment on our Facebook page @EntertainmentDailyFix and let us know what you think!