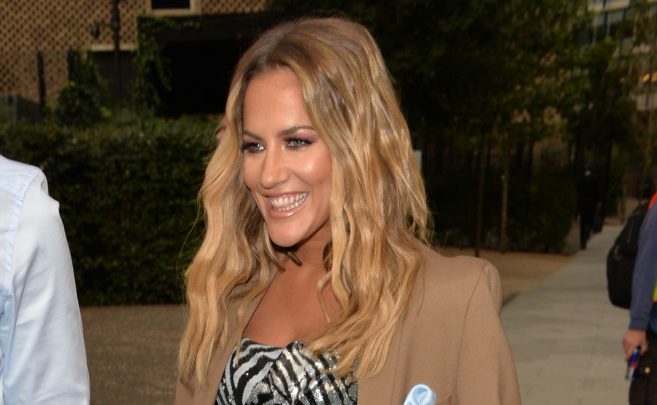 Caroline Flack ‘confirms’ she’s back together with Andrew Brady

But where's her engagement ring?

Caroline Flack has confirmed her on-off relationship with Andrew Brady is back ON, according to a new report.

Rumours have abounded that the Love Island presenter, 38, has rekindled her romance with Apprentice star Andrew, 28, ever since they went on holiday to Ibiza together earlier this summer.

And Caroline seemed to admit that they were an item again as she rocked up with Andrew at an after-party for last week’s GQ Men of the Year Awards.

But as to whether the formerly engaged pair have rekindled plans to walk down the aisle – well, the jury’s still out on that one.

Calling him her “boyfriend”, she told a reporter for The Mirror: “I’m really good at the moment and he’s amazing. We have a lot of fun and this has been a fun night.”

Read more: Caroline Flack and Andrew Brady reportedly back together

However, it was noted that the star didn’t have her engagement ring on at the party – and “boyfriend” isn’t the same as “fiancé”, is it?

Guess we’ll have to wait for confirmation on that one.

Caroline started dating Andrew at the beginning of this year and announced their engagement in April, with a picture of Caroline flaunting her ring for the camera.

But that moment of joy didn’t last long and Andrew and Caroline both announced in July that they’d split.

At the time, Andrew said: “Sad to announce Caroline and I have decided to part ways. Unfortunately it was not meant to be and I wish her all the best in the future.”

Caroline also said it “wasn’t meant to be” and she wished Andrew well.

However, it was reported that the couple went on holiday to Ibiza together in the summer, sparking rumours that the sparks of romance were firing again.

Meanwhile, Caroline also admitted that, despite her many years in the showbiz industry, she still doesn’t feel entirely comfortable when attending glamorous celebrity parties.

She told The Mirror: “I still get really self-conscious walking down the red carpet.That never becomes normal. I’ve never felt super-confident – that just isn’t me.”