Carol Vorderman shared pictures on social media of her daughter, prompting fans to comment on how much she looks like her mum.

The former I'm A Celebrity and Loose Women star, 58, tweeted the picture to celebrate Katie finishing her PhD.

Read more: Carol Vorderman spills the beans on her 'collection of toyboys'

In her tweet, Carol said: "She loves her science... my daughter Katie... research scientist finishing her PH.D. in Nanotechnology at @Cambridge_Uni... watch us tonight on @BBCTheOneShow... co-hosting for the first time ever. (sic)"

Her 404,000 followers were quick to congratulate Carol and Katie on the 28-year-old's achievement, also noting how much she looks like her mum.

One follower wrote: "She’s the image of you! Cool."

Are you sure that is not your double. Takes a double take. Your daughter is the spitting image of you. Well done Carol you must be very proud.

Another said: "Are you sure that is not your double. Takes a double take. Your daughter is the spitting image of you. Well done Carol you must be very proud."

One more commented: "Great role model for other young women," followed by a muscle flex emoji. 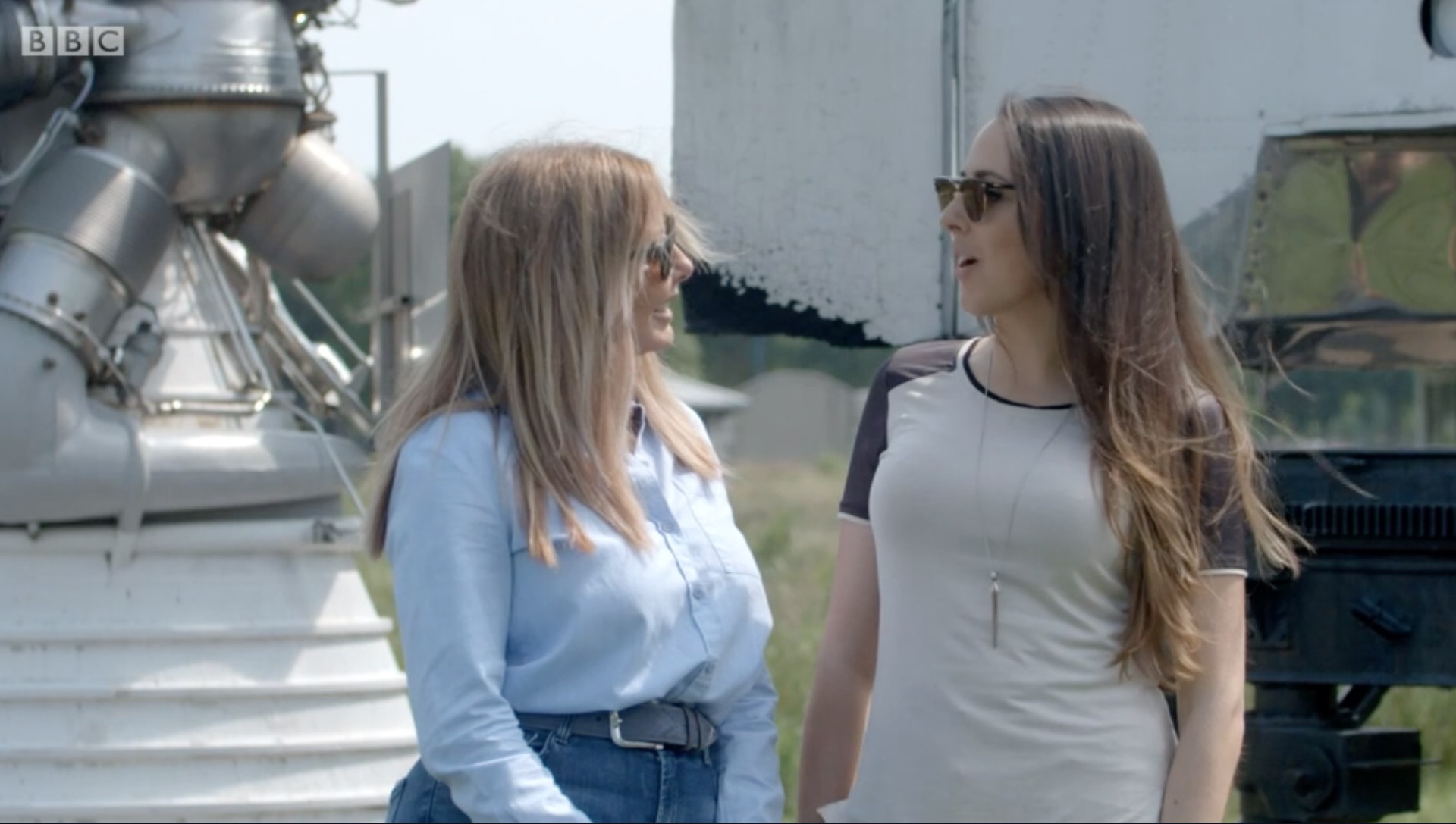 Carol and Katie presented a segment on The One Show (Credit: BBC)

Carol and Katie appeared on The One Show last night (Monday June 24) presenting a segment celebrating the 50th anniversary of the moon landings.

Carol wowed fans when she appeared on BGT (Credit: Twitter)

Taking to Twitter ahead of the show, she posted a picture of herself wearing a form-fitting full-length red lace dress.