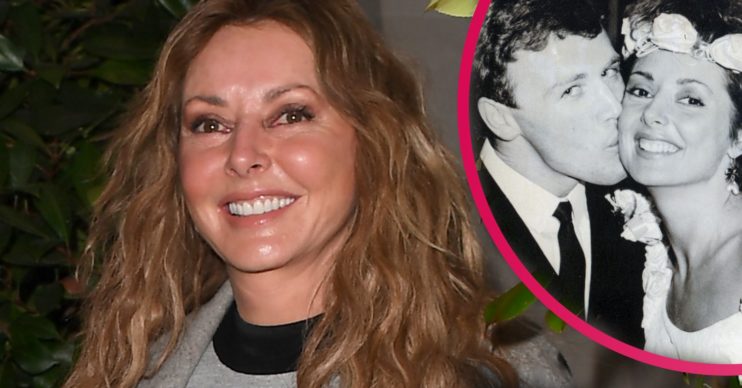 Carol looks amazing in the snap!

Carol Vorderman has shared a stunning throwback snap from her wedding day when she was only 24.

The former Countdown star, 60, posted the photo from her nuptials to Christopher Mather in 1985.

And although she called the snap “cute” she remembered a fashion faux pas from the day itself.

On her Instagram Stories, Carol said: “@hellomag just reminded me…

“Cute bride… aged 24. All good so far,” followed by a thinking emoji.

The two divorced a year later.

What happened on Carol’s wedding day?

Carol also revealed how, on her wedding day, she changed into a racy number that shocked attendees.

“And I found a frock to wear at night time – it was like something they now wear in Strictly Come Dancing. It was entirely mesh with sequins in the right places.”

“So I had this thing that was probably not appropriate for a bride and I got on the stage and sang It’s Raining Men.”

And Carol reminisced at the fashion faux pas on her Instagram stories.

She captioned another image by saying: “Six hours later… out of the borrowed white thing and into a see through number from the show 3-2-1.

Read more: Just how clever is Carol Vorderman? What is her IQ and what is her age?