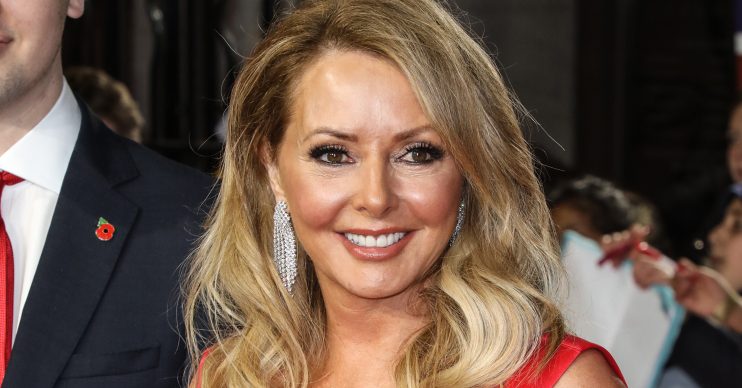 They worked together on Countdown

Carol Vorderman has paid a touching tribute to Richard Whiteley on the 15th anniversary of his death.

They worked together on the Channel 4 show Countdown for 23 years. Richard was the host and Carol the resident mathematician.

“Together for 23 years, day in, day out, we never missed a show. Thank you Whiters for the happiest of days from series one to the day we parted. I loved you for all of that time and I love you still. Vorders.”

15 yrs ago today Richard Whiteley left our party. Together for 23 years, day in day out, we never missed a show. Thank you Whiters for the happiest of days from Series 1 to the day we parted. I loved you for all of that time and I love you still. Vorders ❤️❤️ pic.twitter.com/o3smbXFpUD

Alongside the tribute were a series of pictures of the two of them on the set together.

Carol’s followers couldn’t believe it’s been 15 years since Richard died. They offered their own condolences.

One wrote: “He was great wasn’t he, along with you he really made the show. Can’t watch it now, it’s just not the same.”

Thank you Whiters for the happiest of days.

“I really can’t believe that it’s 15 years since the clock stopped too soon. I always watch him on Calendar and Countdown and his passing at such a young age really upset me,” shared another.

A third added: “Fifteen years, unbelievable time passes by so quickly (enjoy life you never know what’s around the corner). I absolutely loved this man so so funny such a pure gentleman sadly missed and I can imagine how much you all miss him he will always be loved and remembered.”

How long did Carol Vorderman present Countdown with Richard Whiteley for?

Richard and Carol began presenting Countdown together from its inception in 1982. Although there were originally five presenters it was eventually slimmed down to just the two of them.

After 23 years hosting together, Richard died following a bout of pnemonia which led to the discovery there was a problem with his heart.

Carol was offered Richard’s main presenting role, but declined. However, she stayed on at Countdown when new host Des Lynam took over in October 2005.

Des O’Connor was next to host the show in 2007 and Carol remained.

However, Carol left in 2008 after 26 years. She later revealed it was a failure to agree terms of a new contract that caused her to leave.

Who hosts the show now?