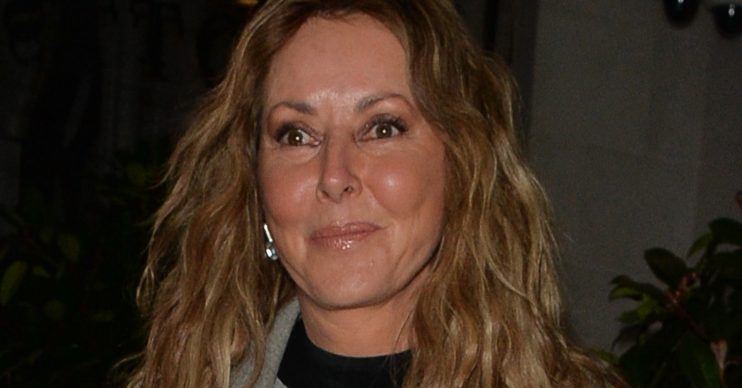 The helicopter will fly PPE to staff

Carol Vorderman has donated her beloved helicopter Mildred to help NHS staff in the battle against coronavirus.

She took to Twitter to reveal that the aircraft is now flying out PPE (personal protective equipment) to those on the frontline.

More than one million people around the world have been affected by coronavirus. Deaths in the UK have surpassed the 3,000 mark.

On Twitter, she wrote: “My Mildred and I (My aeroplane N242CV) have had some adventures BUT I want to tell you that right now she is being used by the amazing people at @BAESystemsair to ferry PPE to where it’s needed around the country… #GoMildred #NHSThankyou.”

My Mildred and I (my aeroplane N242CV) have had some adventures BUT I want to tell you that right now she is being used by the amazing people at ⁦@BAESystemsAir⁩ to ferry PPE to where it’s needed by our #NHS around the country…. #GoMildred #NHSThankYou ❤️🙏❤️🙏❤️ pic.twitter.com/Sfwdyd7LO6

Carol, 59, shared a series of pictures of herself with the chopper in her Tweet, including a snap of her hugging it.

Read more: What time is the Queen’s coronavirus speech this weekend?

Carol Vorderman has been doing her bit to help during the pandemic, setting up a maths class for children at home during the lockdown.

Thank you for interacting with us in these troubled times. It means the world.

She won praise for her latest move on Twitter from fans.

Another said: “Thank you for interacting with us in these troubled times. It means the world.”

Meanwhile an NHS worker was quick to thank the former Countdown presenter for her contribution.

“Thank you Carol, much appreciated,” he wrote. “I saw some patients this week in the community and it’s so important we have the correct PPE.”

Speaking about the classes, Carol told Piers Morgan and Lorraine Kelly on Good Morning Britain: “I’m going to go on YouTube to have a maths school for adults.

“This is the thing I’m most proud of.  We know by doing four sessions with auntie Carol a week that a child will advance two and a half years in one year.

“Everyday we have photos of kids from parents who say oh my kid was struggling and now they’re in the top set.”

Sounds like something the adults could benefit from just as much as their offspring. Good on you, Carol.

What did you think of this story? Are celebrities doing enough to help fight the pandemic, or could some use their platform and wealth to do more? Go to our Facebook page @EntertainmentDailyfix and leave a comment to let us know your views.