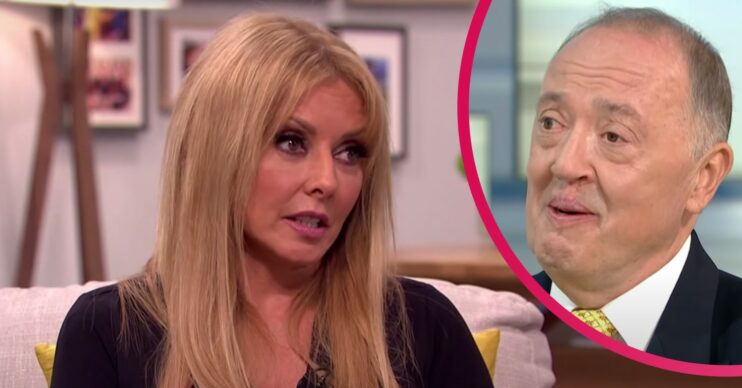 Former Countdown star Carol Vorderman has hailed her brother after opening up about the abuse he has suffered.

Carol’s elder brother Anton was born with a cleft lip and palate. They have previously appeared on Good Morning Britain together to bring awareness to the condition.

But Carol was motivated to address her Instagram followers today (Sunday September 12) after seeing another video on social media.

That clip featured Jono Lancaster, a man from West Yorkshire who has a genetic disorder that causes facial abnormalities.

She wrote: “His story has really struck home here because my brother was born with severe cleft back in the 1950s.”

Carol then went on to share a near three minute video discussing her brother and why she is so proud of him.

Sitting in a car as she spoke, 60-year-old Carol proudly gave an account of what her brother has gone through in his lifetime.

Taking her time over her words, Carol said: “My brother was born in the 1950s with a severe cleft lip and palate and over the course of his life had 24 operations.

That’s my brother, that’s the person he is.

“My brother used to stay in and we were very poor. And he was always kind yet suffered a lot of abuse because of the way he looked.

“He grew and still is one of the kindest and most generous, most loving, funny, successful people I know.”

‘It makes me want to cry’

Carol also revealed that her assessment of Anton wasn’t down purely to sibling affection. Her huge regard for him is also linked to his selfless actions in supporting babies abroad with cleft lips and palates.

She explained that years ago Anton discovered that babies born with the condition in Romania and Bulgaria were at one time put into orphanages.

Apparently this was due to the problems such babies can endure when it comes to feeding.

Carol continued: “So, Anton set up a charity to train specialist nurses who would then train the mothers on how to feed these babies.

“In the first two years of this charity, they managed to get over 40 children out of orphanages and back with their mums… [that] makes me want to cry.”

Tearing up but still smiling, Carol concluded: “That’s my brother, that’s the person he is.”