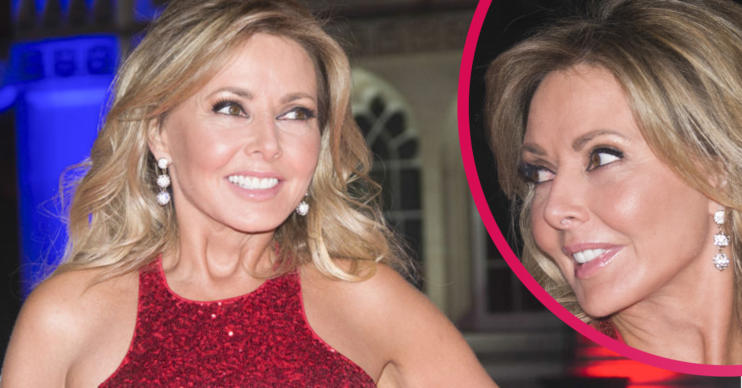 The Countdown star is excited for her life's next major chapter.

The mum-of-two, 59, says she is about to experience an ’empty nest’ for the very first time.

Speaking in a new interview, the Countdown star says she is very optimistic about enjoying her home to herself.

Her youngest child, son Cameron, 23, is about to head off for his master’s degree in animation.

What did Carol Vorderman say about living alone?

Speaking to the Daily Express, she said: “I’m already starting to feel this amazing sense of freedom. You have no idea how different this time of life is.

“Now will be the first time without the children, not being married and not being in a relationship. I love it.

“It has taken me a long time to get to this point.”

She also had her mother, Edwina, living with her for many years.

However, she sadly passed away three years ago aged 88 from cancer.

And her daughter, Katie, 29, moved out several years back. She is now completing her PhD in nanotechnology.

In addition to her BBC Wales hosting gig, she’s also presented a television series during lockdown.

On BBC Wales Live she presented The Great Indoors, which showcased heroes during the pandemic.

And she’s also helped out thousands of children and parents alike during recent months.

The maths whizz has made her online mathematics learning program free during lockdown.

Known as The Maths Factor, it temporarily crashed after she initially announced the free service.

Usually priced at £2 per week, she said at the time: “I don’t want any child to fall behind nor any parent or carer to feel out of their depth.

“We are determined to support families and schools to continue their learning and exploration at home – unlocking children’s confidence and making maths fun.

“The power of math – and its impact on children’s outcomes, on science and the world around us – has never been more clear than it is today.”

Carol rose to fame in 1982 when she joined popular game show Countdown.

She’s gone on to take various television and radio roles, and annually hosts The Pride of Britain Awards.