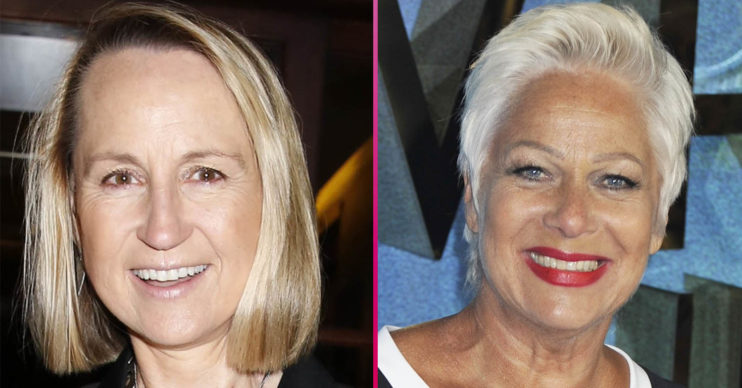 She took Denise Welch's side in the argument

Carol McGiffin threatened to sue a Twitter user during a fiery online debate about coronavirus.

The Loose Women presenter, 60, is known for her outspoken views on the virus, and exploded when she was challenged on the social media platform.

Please provide evidence that we are being paid? And if you can’t, I’m going to sue YOU! So get busy. https://t.co/IjbvpQqFZh

Had did the row start?

The row started when Loose Women colleague Denise Welch tweeted: “If the current rise in cases do indeed lead to a rise in hospitalisation and deaths then at least we know that we are not in April.

“We have zero deaths, empty Covid wards and effective treatments for some.

But a Twitter user took issue with Denise’s comment and responded: “Denise, you’re an actress and TV show host.

“You’re not a scientist. You’re not a doctor. These ‘opinions’ of yours are unqualified tosh.

“I wish you well but you need to zip it. People need to put their faith in science – not the ramblings of a conspiracy theorist come actress.”

What did Carol McGiffin say?

What did Carol McGiffin say to the Twitter user?

Carol, who shares similar views to Denise about the pandemic, tweeted a rolling eyes emoji in response.

The Twitter user then responded angrily, saying: “I realise that you and Denise are paid to vomit opinions on numerous topics for cash …

“…and I’m sure that some find you both incredibly entertaining – but there ought to be a point where people leave certain topics to actual experts …instead of stoking fires for attention.”

That’s when Carol got really angry, replying: “Please provide evidence that we are being paid?

Who else has Carol been at loggerheads with?

Earlier this month, Carol was involved in a row with Piers Morgan over the same subject.

After blocking Carol, the GMB presenter said: “To everyone on here deluding themselves that Covid is ‘over’, take a look at Spain’s case and death rate in the past week.

However, Carol defiantly responded by branding Piers “deluded” and accused him of “scaremongering”.